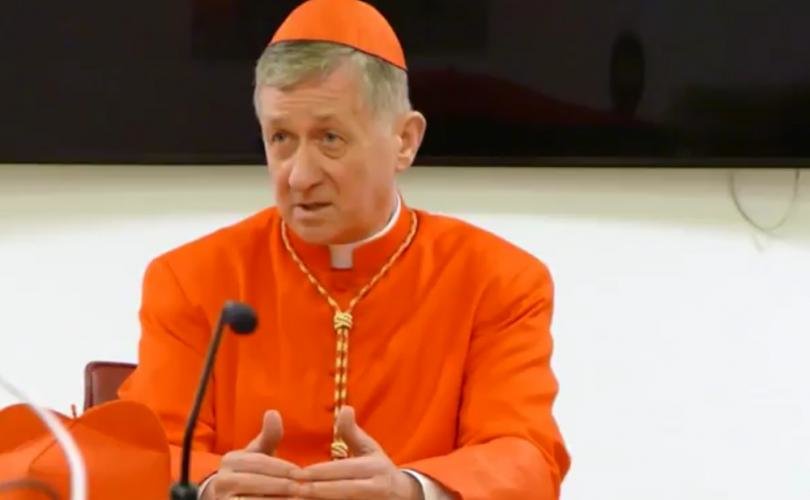 (LifeSiteNews) – A growing number of prominent, and often dissident bishops in the U.S. have rejected allowing Catholics under their charge to obtain religious exemptions from the abortion-tainted COVID-19 injections, with Archbishop José Gomez and Cardinal Blase Cupich among those seeking to prevent Catholics from avoiding mandated vaccines.

The USCCB president leads the way in denying freedom of conscience

The president of the U.S. Conference of Catholic Bishops (USCCB), Archbishop José Gomez of Los Angeles, is perhaps the most high-profile name to protest vaccine exemptions, having written to clergy in his archdiocese ruling out the provision of exemption letters for the experimental COVID-19 gene-therapy injections.

In the statement, obtained by Catholic News Agency (CNA), Archbishop Gomez “recommends that all members of the Catholic community who can receive a COVID-19 vaccine should do so.” Furthermore, he ruled out any offering of religious exemption letters for the abortion-tainted injections, stating that they were not “morally objectionable:”

“The Archdiocese is not providing individuals with religious exemption letters to avoid vaccination against COVID-19. Please see the information and links below to understand why the Archdiocese does not consider the COVID-19 vaccine to be morally objectionable and why it encourages all the faithful to get vaccinated.”

CNA reported that the letter referred to three documents in support of its “terse” message, notably the Congregation for the Doctrine of the Faith’s (CDF) December 2020 note, which argued that “when ethically irreproachable Covid-19 vaccines are not available … it is morally acceptable to receive Covid-19 vaccines that have used cell lines from aborted fetuses in their research and production process.” (emphasis in original).

However, the CDF note also defended the voluntary nature of such injections, stipulating that “practical reason makes evident that vaccination is not, as a rule, a moral obligation and that, therefore, it must be voluntary.”

Gomez’s statement had been pre-empted by San Diego Bishop Robert McElroy, who issued his own letter forbidding priests to sign any vaccine exemption letters.

McElroy’s August 11 letter, sent to his clergy, was in reaction to requests made by parishioners in the diocese, asking for religious exemptions as per the template laid out by the Colorado Catholic bishops on August 5.

Colorado’s bishops, headed by Archbishop Samuel Aquila, had written that a Catholic might judge it either “right or wrong to receive certain vaccines for a variety of reasons, and there is no Church law or rule that obligates a Catholic to receive a vaccine — including COVID-19 vaccines.”

“If a Catholic comes to an informed judgment that he or she should not receive a vaccine, then the Catholic Church requires that the person follow this judgment of conscience and refuse the vaccine,” read the template exemption letter from Colorado.

However, McElroy called the letter “particularly problematic,” adding that “the Holy See has made it clear that receiving the (COVID-19) vaccine is perfectly consistent with Catholic faith, and indeed laudatory in light of the common good in this time of pandemic.”

McElroy claimed the Colorado letter detrimentally prioritised the individual over society, alleging it presented an “incomplete picture of Catholic teaching.”

The bishop, well known for his opposition to traditional Church teaching on a number of issues, said priests who were asked to sign such an exemption letter were placed in an “impossible position” of holding that “‘Catholic teaching may lead individual Catholics to decline certain vaccines’ when those priests recognize that Catholic teaching proclaims just the opposite.”

As such, McElroy told his priests to “not venture down this pathway that merges personal choice with doctrinal authenticity, and to daringly decline such requests from your parishioners to sign the Colorado statement or other public declarations concerning the actions of specific individuals rejecting vaccine mandates on religious grounds.”

Meanwhile, Chicago’s Cardinal Blaise Cupich, is reportedly “leaning hard” on bishops and board members of the National Catholic Bioethics Center (NCBC), located in Philadelphia. CNA reported that board members of the NCBC had been putting pressure on certain unnamed members of the board to change the guidance issued by the center against mandatory injection for COVID-19.

In a July 2 statement, the NCBC had protested against mandatory vaccination, referring to the CDF’s December 2020 note, and declaring that due to the link to abortion with the injections “there is no universal moral obligation to accept or refuse them, and it should be a voluntary decision of the individual.”

The center defended religious, medical, and conscience exemptions, and a few days later issued an exemption letter template, which provided the basis for the Colorado letter some weeks later.

This stance has reportedly angered Cupich, who is also known for his widespread deviation from Church teaching on a variety of issues. Speaking anonymously to CNA, one of the NCBC board members revealed that Cupich had been putting “a tremendous pressure” on the organization to retract its statements allowing for religious exemptions.

While advocating for widespread vaccination, the board member defended personal liberty, saying “the conscience of religious people should be respected.” CNA wrote that it believed the NCBC would not be changing its statement.

LifeSite reached out to the Archdiocese of Chicago for comment, but did not receive a reply by publishing time.

The NCBC’s board is populated by a number of clerics and laity, with New Orleans Archbishop Gregory M. Aymond as chairman, and Louisville’s Archbishop Joseph E. Kurtz as vice-chairman. Among the other prominent names on the board, are Cardinals Daniel DiNardo, Timothy Dolan, and Sean O’Malley, while Archbishop Gomez is also a member.

Bishop Daniel Garcia of Monterey has imitated some of his brother bishops in telling his own clergy not to issue vaccine exemption letters.

In a letter dated August 13, Garcia appealed to Pope Francis’s reception of the injection, and description of such an action as a benefit to the common good. “For these reasons, I will not issue, and I have directed our clergy not to issue, any Letters of Religious exemption because it would contradict the clear objective teaching of the Catholic Church and the Holy See on this matter,” wrote Bishop Garcia.

His brief letter ended by advocating those in the diocese to receive the injection, providing they had “no medical impediments.”

Similar scenes have been noted in the Archdiocese of New York, where priests were instructed to refuse to sign religious exemption requests submitted by Catholics who object to using the COVID-19 gene-therapy vaccines despite their abortion-tainted nature.

“Consistent with the above, a Catholic may, after consideration of relevant information and moral principles, discern it to be right or wrong to receive one of the available Covid-19 vaccines,” wrote Bishops Donald E. DeGrood and Peter M. Muhich. “If he or she thus comes to the sure conviction in conscience that they should not receive it, we believe this is a sincere religious belief, as they are bound before God to follow their conscience.”

Cardinal Raymond Burke, former Prefect of the Supreme Tribunal of the Apostolic Signatura, has previously spoken out against vaccines using aborted babies: “it must be clear that it is never morally justified to develop a vaccine through the use of the cell lines of aborted fetuses. The thought of the introduction of such a vaccine into one’s body is rightly abhorrent.”

The cardinal, currently in critical condition in hospital with COVID-19, attacked mandatory injections, saying “it must be clear that vaccination itself cannot be imposed, in a totalitarian manner, on citizens.”

Fr. Robert Fedek, the Administrative Secretary to the Archbishop

Diocese of Monterey for Bishop Garcia