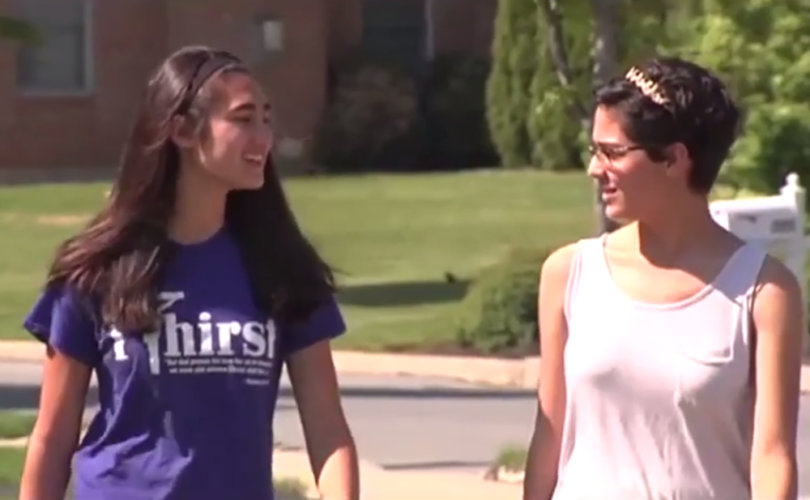 ALLENTOWN, Pennsylvania, May 19, 2017 (LifeSiteNews) — Administrators at a Pennsylvania high school said “yes” to gay-straight alliance clubs and political science clubs but “no” to pro-life clubs because they are too “controversial” and “political.”

They were told they needed an adviser. They got one, who later withdrew. But by March, they had an adviser and were all set to start the “Trojans for Life” club.

After going through the entire process to start a group and securing an adviser, the assistant principal turned them down, saying a pro-life club was too “controversial” and “political.”

Undaunted, the pro-lifers sent an email to the assistant principal on April 6, asking what they could do so that Trojans for Life could exist alongside Parkland's political club, gay-straight alliance, and other student groups. They received no answer.

“We met all the requirements (but) were denied simply because we are pro-life,” Castro said. “As a club, our purpose is to create a life-affirming culture at our school, educate our peers on the issue of life, hold diaper drives to support pregnant and parenting students, and become a voice for those who cannot speak for themselves.”

“The school is not only denying my right to start a group but denying the opportunity for others at my school to learn about the greatest human rights social injustice of our time,” Castro added.

“Liz is being discriminated against by her school simply because she is pro-life and wants to share that message,” Students for Life of America’s Kristina Hernandez told LifeSiteNews. “That’s unconstitutional.”

“We are so proud to support Liz and her fellow pro-life students as we work to make sure they are allowed to form their Students for Life group,” Hernandez added. “Her courage is an example to all the other pro-life students in the country who are facing similar situations and obstacles at their schools.”

“Students shouldn’t be afraid to come forward and fight for their free speech rights,” Hernandez said, “not only to educate their peers on abortion but to help their peers who may be facing unplanned pregnancies.”

The Thomas More Society has taken on the cause. On Wednesday, the legal defenders of religious freedom delivered a letter to the Parkland principal and the superintendent stating that the school unconstitutionally denied the girls' First Amendment rights.

“There is absolutely no question that the law protects the right of these students to form this club at their high school,” Thomas More Special Counsel Jocelyn Floyd explained.  Parkland's own district policy specifically allows student clubs for “any lawful objective.”

The letter explains that the school, by denying Trojans for Life, is violating the First Amendment, the Federal Equal Access Act, and Parkland School District's own policy. The Thomas More Society, on behalf of the girls, demand that Parkland “immediately approve the application for the Students for Life club.”

“While it's disappointing to have yet another school administration attempt to censor the message of life, it's heartening to work with such passionate and dedicated teenagers who stand as life defenders, not only in this immediate free speech battle but in our culture as a whole.” Floyd told LifeSiteNews.

“The schools' baseless claim that the club would be too 'controversial' and 'political' is a common excuse we hear,” Students for Life of America President Kristan Hawkins added. “It’s always infringing on the First Amendment rights of pro-life students, treating them as second-class citizens because they happen to want to educate their peers on the horrors of abortion and help pregnant and parenting students at their school.”

Read the Thomas More Society's letter, written on behalf of Castro and and Schairer, here.