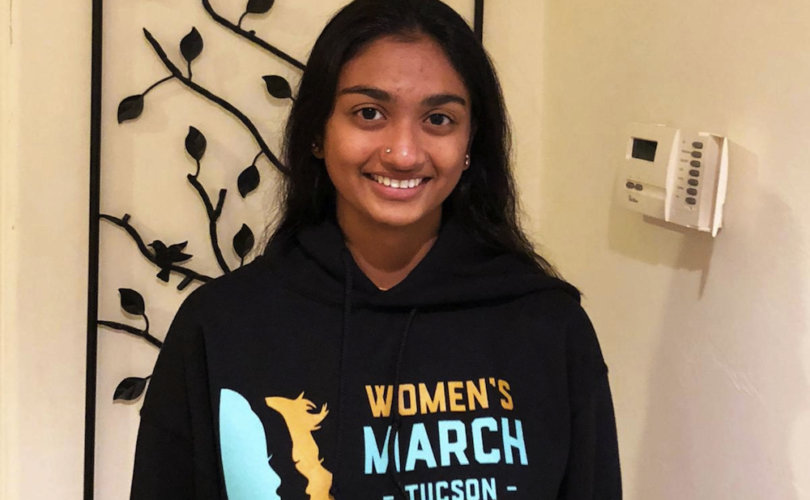 In a story published by Tucson.com, Gopalan said she won the award by hosting an event “to educate people about and de-stigmatize access to women's healthcare.”

She also said she has been cooperating with El Rio Reproductive Health Access Project (RHAP) on “reproductive health justice” since becoming interested in the issue after viewing the nomination hearings of U.S. Supreme Court Justice Brett Kavanaugh in 2018. Kavanaugh was opposed by progressives and Planned Parenthood because of his presumed pro-life leanings.

While the Girl Scouts organization has disavowed official connections to contraception and abortion providers, according to the pro-life MyGirlScoutCouncil.com, the organization has maintained relationships with Planned Parenthood for decades and celebrated pro-abortion and progressive politicians such as Michelle Obama, Hillary Rodham Clinton, and Rep. Alexandria Ocasio-Cortez.

MyGirlScoutCouncil.com — which was founded by former Girl Scouts — has noted that the Girl Scouts of the USA (GSUSA) official curriculum promotes abortion advocates such as Madeleine Albright, Geraldine Ferraro, Betty Friedan, and Gloria Steinem.

In 2018, GSUSA encouraged Girl Scouts to participate in the Women's March, which was directed against President Donald Trump and featured thousands of women wearing pink “pussyhats.” Pro-life women were excluded.

According to Breitbart News, Christy Volanski of MyGirlScoutCouncil.com said of the ties between the Girl Scouts and the abortion industry, “At the very least, it’s a cozy relationship.”

MyGirlScoutCouncil.com has chronicled the decades-long relationship between Planned Parenthood and GSUSA. Even so, Girls Scouts USA maintains that with regard to abortion, birth control and sexuality, it “does not take a position or develop materials on these issues.”

The organization also denies it has “a relationship or partnership with Planned Parenthood.” But GSUSA has also been linked to Marie Stopes International, an organization that provides abortions around the world.

In an interview with LifeSiteNews, Ann Saladin of MyGirlScoutCouncil.com said she has been unable to establish a direct financial link between GSUSA and Planned Parenthood. However, she said there is plenty of evidence of “political and cultural links” between the Girl Scouts and abortion providers and progressive causes.

“WAGGGS advocates for contraception and ‘abortion rights’ on behalf of its girl members,” she said.

Focaracci said WAGGGS is also tied to the UN Population Fund and its agenda, which includes free access to abortion and contraception for minors, sexual education for children, and protection of “right to privacy” to permit minors to hide their pregnancies and abortions from parents.

“We partner with many organizations,” Cloninger said. “We have relationships with our church communities, with YWCAs, and with Planned Parenthood organizations across the country, to bring information-based sex education programs to girls.”

In 2016, Archbishop Robert Carlson of St. Louis issued a letter to his diocese saying GCUSA promotes values “incompatible” with the Gospel.