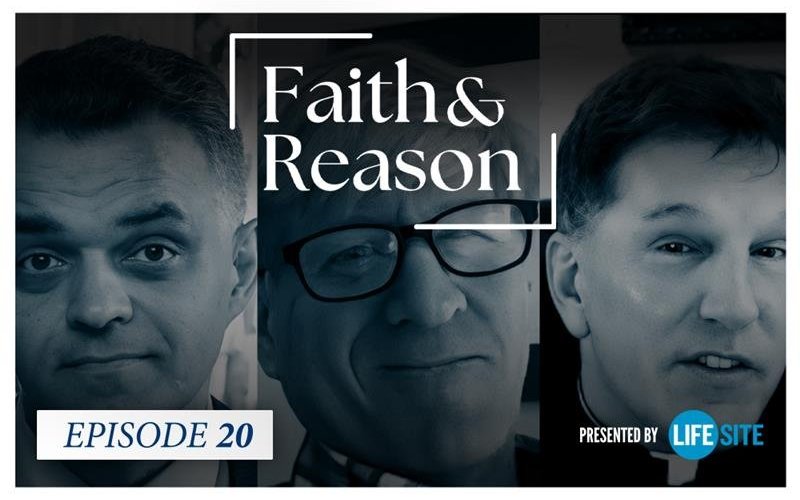 (LifeSiteNews) — This week on Faith & Reason, the panel discusses a disturbing yet neglected angle on the young Highland Park shooter, and Jack gives an update on the most recent political developments in Russia and China, as well as looming famine in various parts of the world.

Jack Maxey gave an in-depth analysis after researching the shooter, Robert “Bobby” E. Crimo, and the videos he had posted of himself in recent years.

For Maxey, this 21-year-old man is “definitely messed up. And it’s not that these videos were unavailable for people to see. And I’m sort of shocked that the media is not rolling these videos,” which Jack himself gave, as an exclusive, to The Daily Mail.

The videos are filled with ideas of killing and sexual aberrances. But the media tries to avoid covering the angle that this young man dressed up in women’s clothes when shooting dozens of people at the parade because, as Jack said, “it doesn’t meet their narrative.”

“We just ended Pride Month and here you got a kid dressed up like a transvestite, shooting up a parade route,” he added.

For Maxey, “the problem is we’re normalizing this behavior. And it’s very clear that many of these people have mental issues.”

The way this young man behaved would have been clearly seen as a mental illness in former times, the political analyst continued.

“But we just keep extending the boundaries of what we consider to be appropriate or normal behavior,” Maxey added. “And I have no hatred or anything for people who are suffering from these problems, but they should be getting treated rather than being patted on the back and told, ‘Keep going, son.’ This is not the way that a functioning society should perform, in my opinion.”

John-Henry Westen reminded us of the philosopher Yuval Noah Harari, who spoke about the question of “What do we need to do for all these useless people with drugs and video games?”

“And here is this poor lad involved in video games, these same video games that are sort of training people to be able to shoot other human beings and shoot them, well, in terms of hitting them and so on,” Westen said. “We’re dealing with these video games,” and their effects on young people.

Father James Altman explained that dealing only with the question of access to weapons is not the answer to the problem.

“You can use a van. You can use a knife. If people are intent on killing, they’re going to kill,” he said. “It’s a lie that the left wing continues to propagate, that somehow ARs are the cause. Now, the ARs [are] simply the means used, and there could be any means. And people with an intent will use any means, but they’re ignoring the underlying cause.”

The underlying cause, Father said, lies in our culture, in the changing of our standards.

In Maxey’s eyes, “they’ve taken this whole transgender thing to an impossible level that is now, I think, becoming apparent to everybody who’s seen it and what’s happening in women’s sports.”

He also thinks that one could have stopped this young man from doing harm. “It was very clear to me, 100% clear to me, from watching these videos that somebody should stop this kid early on and given him help.”

Maxey also gave the panel a great overview of the West’s policies that are causing great harm to society. He stated:

The politicians are willfully leading the population of the West into the abyss. And at some point, someone has to say, stop. And now what’s so frightening? And in Holland, the farmers went out into the streets, blocked the traffic. Just last night, the Dutch police fired on a bunch of these guys. So, you know, you talk about the collapse of the West and it’s all about America now. It’s happening in Europe. They’re about to pay an enormous price for their hubris. Yes, the Russians at any point could turn off the gas. The Germans are now announcing that if they don’t earn at 100% capacity by August in terms of their fuel reserves, they’re not going to get through the winter period. They’re talking about rationing hot water right now and in Hamburg to see if they can do it.

Maxey added that we are witnessing the “collapse of the post-World War II order,” with the U.S. dollar losing its power.

Father Altman, in his concluding remarks, encouraged us all to “keep the faith.”

“Which means you have to practice it every day,” he said. “Because if you don’t, you’ll be too weak. You won’t be strong enough to withstand what’s coming in it. And it is, Jack, as you point out in so many different ways. It’s coming.”