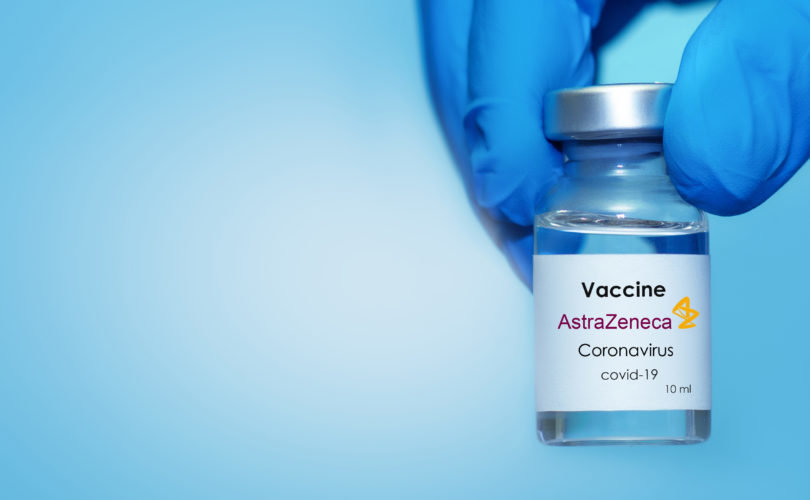 This remarkable statement was made last Wednesday on national, public-funded TV station France 5 by an academic whose credentials and track record are beyond suspicion from the “Establishment” point of view.

“I have this analysis about AstraZeneca. I happen to have worked in the vaccine business: at one point, I was the chief scientific officer of a large international group that had virtually the entire vaccine industry in its portfolio. So it’s really a field I know well.

From the outset, I knew that we had to be very careful with adenoviral vaccines compared to other vaccines, and what happened was normal.”

Kahn was commenting on the adverse – and, in some cases, mortal – effects of the AstraZeneca COVID-19 shot after at least 23 cases of rare thrombosis, including eight deaths, hit young and older people in France.

When the AstraZeneca jab was first used in public, it was reserved for people under 65 and in particular for young health workers who turned out to have multiple side effects that included severe headaches, fever and other pseudo-flu symptoms.

The situation became more worrisome since the end of March.

AstraZeneca may now only be administered to people age 55 and older in France. Other European countries have adopted widely differing approaches:

In Spain, the jab is only for ages 55-65 except “priority workers” such as doctors or policemen. In Germany and the Netherlands, AstraZeneca is only to individuals 60 and older.

“What are adenovirals? There are three vaccines that are live vaccines with the Spike sequence – the spicula – that went into a live virus that is the adenovirus: with Astra Zeneca, it’s a chimpanzee adenovirus, with Johnson & Johnson and Sputnik, it’s human adenoviruses.

“What happened is normal, normal and beneficial, I mean, to the trust in the vaccine. Because there have been some alerts; this is called pharmacovigilance. For any drug there is pharmacovigilance. There have been alerts and these alerts have been of good quality, because today everyone agrees that if you are between 20 and 30 years old, at least this is absolutely certain: the risk is higher to be vaccinated by Astra-Zeneca than not to be vaccinated. That’s it. It’s as clear as that.”

Kahn recommended the AstraZeneca jab for young people at the beginning of February, telling the French press that it offered especially good protection in this age category. But when several European countries decided to suspend the AstraZeneca campaign, he was more doubtful. When the European Medicines Agency decided to promote the vaccine as “safe to use” after the suspension implemented in different parts of Europe, Kahn told the monthly L’Usine nouvelle at the time:

“The least implausible hypothesis is that it is a chimpanzee adenovirus infection. Although the vector used by AstraZeneca is an adenovirus that is normally defective for replication, the trade-off of using an adenovirus-vector against which there is no prior immunity — because humans have never encountered it — is that an infection may appear with more significant signs. Adenoviruses are known to give these signs. I myself have used adenovirus-vector extensively in gene therapy trials … so I knew what the possible side effects were when using too large a dose.”

Over a month later, he reached the conclusion that there is a big enough problem with AstraZeneca in young people that it cannot offset the danger of a COVID infection: Kahn recalled that there is very little risk of death by COVID with people under 30.

Speaking with France 5 last Wednesday, Kahn presented this conclusion as proof that assessment of the AstraZeneca shot for young people worked perfectly and actually did its job, not commenting on the lack of experience and perspective regarding all uses of the present “vaccines” against COVID, mostly experimental devices using genetic engineering in various ways.

“And so this is a pharmacovigilance that resulted in the observation of a specific hazard, which is quite rare, but since death from COVID in young people is also quite rare, this is to be considered consequentially. This has allowed Astra Zeneca to be reserved for a population where the benefit-risk ratio remains favorable.”

The show’s anchor interjected a question:

“And so we were right to warn even if it created mistrust?”

“Of course we were right to raise the alarm! The worst thing for confidence in the vaccine, the worst thing of all is that people should get the impression that they are being lied to. From this point of view, the European Medicines Agency, in my opinion, was completely out of line.

It was not a drug agency, it was making propaganda for something, that is all. And we really had to put a lot of pressure on them to recognize what was becoming more and more obvious from a scientific point of view, i.e. that in young people, where the risk of dying from COVID is relatively low, given the frequency and mortality of these rare accidents, it was better not to use these vaccines in young people.”

This goes at least some of the way to questioning the vaccinal response to the COVID-19 crisis and underscores the European drug agency’s militant stand on the issue.

Meanwhile, last Friday, results of the autopsy of a college student from Nantes who died days after receiving the AstraZeneca shot were broadcast in France. On Saturday, the lawyer of the victim’s family formally stated that the autopsy report “gave strength to the hypothesis that there was a causal link” between the injection and the decease.

“The expert’s report shows that the cause of death was an abdominal thrombosis at the level of the spleen, with very recent clotting,” underscored Etienne Boittin, the family’s advocate.

The report mentions “no infection, virus, cancer or tumor that could have generated thromboses,” he added: “The autopsy report does not say that the injection of AstraZeneca caused the decrease. But it does eliminate a number of possible causes and reinforces the case for a causal link between the injection of AstraZeneca and the occurrence of death.”

The young man, who was in full health, was vaccinated March 8 and died March 18. He had no illness or weakness that would have made him at all vulnerable to COVID-19.

Boittin hopes that investigations will continue and that an “examining magistrate” will officially open a trial, after at least three families of victims filed complaints “against a person or persons unknown” following the vaccination and death of loved ones.

He made clear that “about 15” unexplained deceases after an AstraZeneca shot in France have been brought to his notice, mainly under 60 years of age.