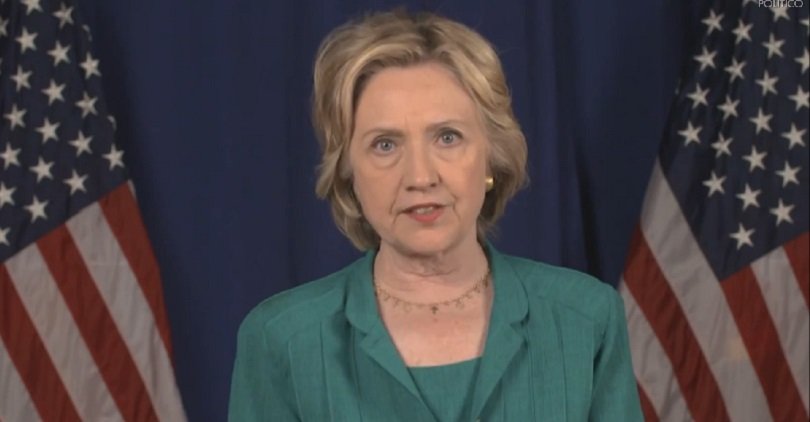 In an ad released on Monday, just hours before the U.S. Senate failed to defund Planned Parenthood, Clinton called such legislative efforts “a full-on assault on women's health.”

“And then [Perry] signed legislation that forced health centers across the state to close their doors in an attempt to wipe out access to safe and legal abortion all together,” Clinton said.

As governor of Florida, Bush put millions of dollars towards pro-life pregnancy care clinics, which are pro-life alternatives to abortion clinics.

The measures Perry signed in 2013 banned most abortions after 20 weeks' gestation, forced abortion centers to upgrade to the same level as ambulatory surgical centers, and required abortionists to have admitting privileges at nearby hospitals.

However, according to Clinton, defunding America's largest abortion company is “cutting people off from the health care provider they know and trust.”

“When they attack women’s health, they attack America’s health,” Clinton said. “And it’s wrong. And we are not going to let them get away with it.”

“We are not going back. We are going to fight back,” she vowed.

She concluded, “I’m proud to stand with Planned Parenthood.”

Her video came between the releases of undercover video footage revealing Planned Parenthood's work in harvesting the organs of aborted babies and turning them over to research firms for a fee.

Clinton has long supported abortion-on-demand, saying earlier this year that religious beliefs opposed to abortion “must be changed.”

Last year, she said it was “a bedrock truth” that “you cannot make progress on gender equality or broader human development, without safeguarding women’s reproductive health and rights.”

Hillary Clinton: The Bible is ‘the biggest influence on my thinking’
Hillary Clinton tells UN:  No human progress without abortion-on-demand