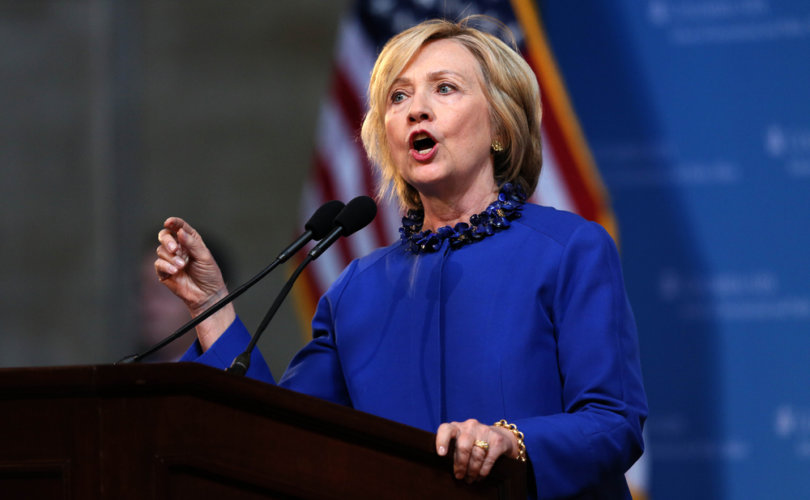 Each tweet was signed “H,” an indication that the Democratic presidential candidate wrote the message herself.

The Supreme Court announced this morning that it had struck down a Texas law requiring abortionists to have admitting privileges at a nearby hospital and abortion facilities to meet the same health conditions as ambulatory surgical centers.

Shortly after hearing of the decision – which was written by Justice Stephen Breyer, a Bill Clinton appointee – Hillary Clinton tweeted:

SCOTUS's decision is a victory for women in Texas and across America. Safe abortion should be a right—not just on paper, but in reality. -H

She immediately followed up:

This fight isn't over: The next president has to protect women's health. Women won't be “punished” for exercising their basic rights. -H

This is a win for Texans & women across the country who need access to abortion. https://t.co/UEatutANNk #MyDecision pic.twitter.com/vWe0D8QoxU

Their messages came the same day the Democratic National Committee announced that the final draft of the 2016 Democratic Party platform “champions Planned Parenthood health centers and commits to push back on all Republican efforts to defund it.”

Shortly after the decision was handed down, Clinton hosted a joint campaign appearance in Ohio with Democratic Senator Elizabeth Warren of Massachusetts, a darling of the party's progressive base and a potential vice presidential running mate.

“This election is about values,” Sen. Warren said.

Hillary Clinton: Abortion must be a ‘core priority’ for work in developing countries