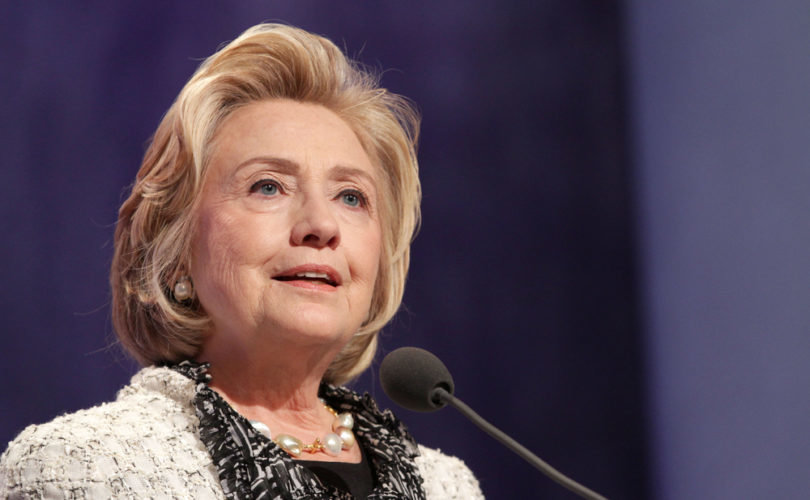 “They are putting forth alarming plans. I mean, all of us support funding Planned Parenthood,” she said. “Let's focus on that.”

Later in the debate, when she was asked a question about problems plaguing the minority community – including African-Americans killed by police in controversial circumstances – Hillary said, “Every single one of our children deserves the chance to live up to his or her God-given potential.”

Every child deserves the opportunity to live up to their God given potential. @HillaryClinton #blacklivesmatter

@PPact @HillaryClinton Unless planned parenthood kills them in the womb and sells their body parts first.

It was at least the second irony-twinged tag team tweet in a few weeks. Earlier this month, Planned Parenthood posted a comment from Hillary Clinton, saying she wanted to be president of “the surviving”:

.@HillaryClinton: “I want to be president for the struggling, the surviving, and the successful.” #MSNBC2016 #FirstInTheSouth

The former secretary of State has her own history of questionable social media posts on the topic of abortion. During the Republican primary debate on Fox Business channel, Hillary Clinton tweeted that supporting Planned Parenthood is “pro-family.”

At that debate, which was dedicated to economic issues, Dr. Ben Carson made the only reference to abortion, saying Americans had the power to change a society in which more than 200 babies are aborted every two hours.

Planned Parenthood performed 327,653 abortions and received more than $528 million in tax dollars in 2013.