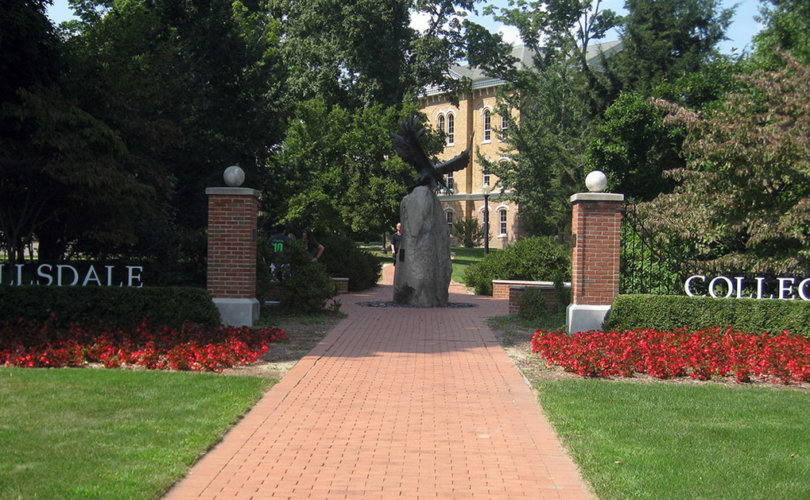 The center, based at the Michigan college’s D.C. campus, will “promote and facilitate the free exchange of scientific ideas.”

The Christian college, famous for its conservative curriculum and rejection of government aid, founded the AFS to fight the “recent and widespread abuses of individual and academic freedom made in the name of science.”

The three are known for being part of a group of scientists and public health officials who challenged the mainstream narrative on COVID, lockdowns and other measures taken by politicians.

Atlas and Bhattacharya drafted the “Great Barrington Declaration” that urged an end to broad lockdowns in favor of “focused protection.”

“The pandemic exposed grave problems with the essential functioning of science, research and debate,” Atlas said in the news release. “Instead of open and free discourse to seek the scientific truths underlying urgently needed solutions, we have seen silencing, censoring, and intimidation of those whose interpretations differed from the desired narrative.”

He called this cancel campaign a “dangerous trend” that “threatens the very principles of freedom and order essential to democracy.”

Dr. Bhattacharya said that he hopes the center will take on the “cartel” of taxpayer-funded scientists who dominate the scientific narrative.

“Science depends on the freedom of scientists to challenge established dogma with arguments and data,” the Stanford doctor said. “It cannot function when a small cartel of government scientists, who control a lion’s share of financial support for scientific activity even by private actors, can dictate scientific conclusions at odds with the facts as has happened during the pandemic.”

“As we reflect on the worst public health fiasco in history, our pandemic response has unveiled serious issues with how science is administered,” Kulldorff said.

The AFS will seek to influence public opinion and policymakers and will “encourage strategic alliances with academic institutions,” according to an overview at Hillsdale’s website.

“Scientific workshops and conferences with in-residence scholars” will be held, along with publishing “position papers, opinion pieces, books, and other written works in print and digital formats.”

There will also be “conferences, panel discussions, interviews, and testimony” to reach out to the media and government leaders.

Atlas’ peers at Stanford University canceled him for his criticism of lockdowns and his advocacy for natural and herd immunity. Atlas advised then-Donald Trump to support a policy of focused protection for the elderly and medically vulnerable while keeping the rest of society open as much as possible.

Both Kulldorff and Bhattacharya were on a panel organized by Florida Republican Gov. Ron DeSantis that discussed COVID policy, including mask efficacy. Atlas’s comments challenging the effectiveness of masks reportedly drew the hammer of YouTube, which banned the April 2021 video.

Atlas said there is “no evidence that a mask mandate was effective in stopping the cases from spreading.”

“I think masks, in fact, in some ways they’ve been harmful because people believe that masks protect them, vulnerable people, and they end up taking more risks than they ought because they feel like they’re protected by something that actually does not protect them,” Bhattacharya said at the same event. A transcript can be found