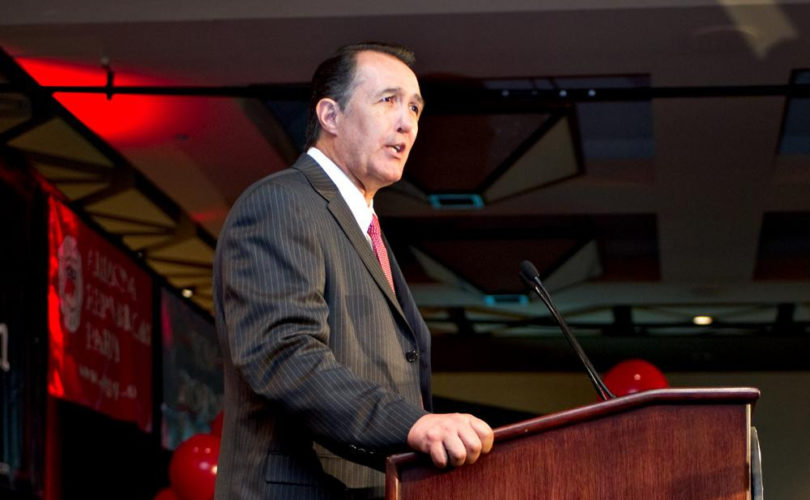 June 19, 2017 (LifeSiteNews) – The man who shot and critically injured Rep. Steve Scalise, R-LA, last week had a hit list of pro-life members of Congress that he apparently intended to assasinate.

The Daily Caller reported this on Friday, citing “multiple sources with intimate knowledge of the situation.”

The congressmen that James T. Hodgkinson targeted were:

All six have co-sponsored the Pain-Capable Unborn Child Protection Act, which would ban late-term abortions when a baby can feel pain. Franks is sponsoring the 2017-2018 version of the bill.

They all voted to defund Planned Parenthood via the American Health Care Act on May 4.

Duncan, Franks, and Jordan are all co-sponsors of a bill that would ban abortions after a baby's heartbeat can be detected. The human heart starts to beat around 21 days after conception.

Franks is one of the most well-known, outspoken pro-life congressmen.

Duncan and Brooks were at the baseball practice where Hodgkinson opened fire.

For those still wondering, he didn't hate baseball or beautiful summer mornings in June. He hated Republicans. https://t.co/rnStHcODdh

Boykin pointed to leftist rhetoric, especially from groups like the Southern Poverty Law Center (SPLC), “accompanied by some very graphic, disgusting things like a bloody … severed head and a play” depciting the “assassination of Donald Trump.”

“All of that has played on the passions of people that are just simply deranged,” said Boykin. “We don’t know how many people have been so influenced by that kind of rhetoric and actions … who’s laying in wait for the opportunity to go and do exactly what this shooter did?”

A gunman attacked FRC's headquarters in Washington, D.C., in 2012. He plead guilty to three charges, including terrorism, and said he picked his target from SPLC's “hate map.”

Hodgkinson “liked” the SPLC on Facebook, prompting the group to issue a statement disavowing his actions.

The SPLC is “an arm of the ultra-left,” said Boykin. “They are actually spewing hate with this ‘hate map’ and that hate is all directed at Christians and conservatives.”

“I don't know that the members of Congress were targeted because they are pro-life,” Carol Tobias, president of National Right to Life, told LifeSiteNews via email. “However, we are fortunate that almost all Republican members of the U.S. House and Senate are pro-life. It follows that, if Republicans are targeted as victims of violence, they would be pro-life. We thank God that no one died in the Alexandria shooting and that the victims are going to recover.”

“Experts in homegrown extremism … say that the past few months have seen enough of a rise in politically motivated violence from the far left that monitors of right-wing extremism have begun shifting their focus, and sounding the alarm,” Vice reported shortly after Scalise was shot.

Boykin said he's worried “that we will get to the point where we think this is just the normal state, it’s the new norm, and we just have to learn to live with it.”

“That is a terrible place for us to go, but we’ve already gone there with regards to the Islamic threat,” said Boykin. However, “I’m concerned that the government will overreact in an effort to protect people and that could be just as bad as not being protected at all because then you start to lose your freedoms.”

Boykin pointed out the SPLC still has anti-Scalise postings on its website.

“They need to be given a very strict warning that if your name is tied to another assassination attempt, you’re going to have to answer for that,” he said.