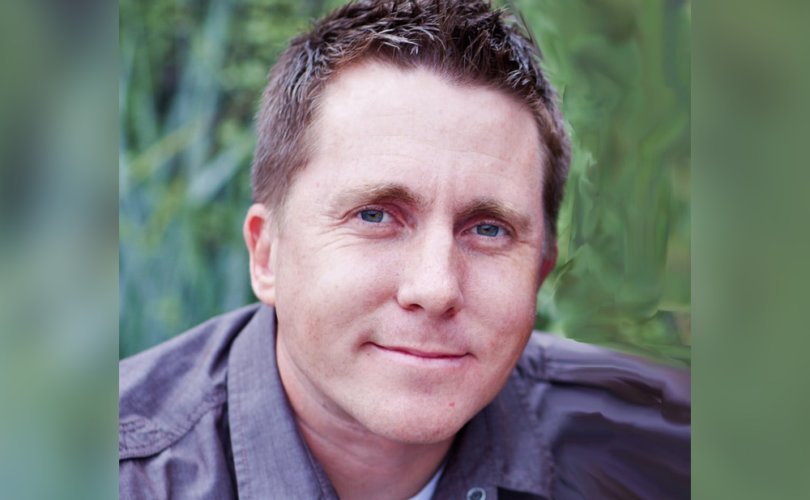 ARIZONA, January 16, 2020 (LifeSiteNews) – Pressure from LGBT activists may be behind the cancellation of talks in Ireland by a well-known U.S. Catholic chastity speaker, but this hasn’t stopped his message from getting out.

“Yesterday our web traffic at chastity.com went up 150% in one day,” Jason Evert, founder of The Chastity Project, told LifeSiteNews last night.

“We’re very grateful for all the additional youtube hits and people clicking through our videos,” he added, indicating that the Irish media’s attempt to keep him from speaking may have been futile.

“They’ve inadvertently sent an exorbitant amount of people to a chastity website in their effort to silence us,” he said.

Evert has been at the center of a media-fuelled scandal in Ireland because he planned to speak to several groups, including students at Dublin’s University College, about chastity, dating and marriage. Under pressure from the university’s LGBTQ+ club, Evert’s event there was canceled.

As it happens, Evert’s schedule would have had to be rearranged anyway, thanks to a household epidemic.

“I was supposed to fly out yesterday morning, but our entire family got sacked with the flu,” Evert explained.

“It’s an infirmary over here, so I decided last minute that I can’t leave my wife to manage it all on her own and we need to reschedule the trip,” he continued.

“We originally had seven talks planned in Ireland, and then four of the hosts backed out under pressure from the media and others. Others filled in the gaps, so there were five talks confirmed that we’re now rescheduling because of the family’s illness.”

The popular author has eight children, seven of whom are sick. Evert is sick, too, but his no-show has led to yet another “fake news” story: the idea that he has been grounded States-side by media criticism.

“There have been several Irish news reports saying that I can’t come due to, quote, unquote, illness, implying that I’m not coming due to embarrassment,” he said.

Evert told LifeSiteNews that he’s not surprised by the Irish reaction because the Church’s teachings on human sexuality “are always going to be a sign of contradiction” ― now even in Ireland, this new 21st century Ireland.

“Friends and priests I know who have lived in Ireland have told me that right now it’s really a country searching for its own soul,” he said.

“And you can see that in the way that people are responding to these articles in the comments sections,” he added.

“One person wrote ’Poor homophobic, misogynist, anti-woman zealot Jason Evert, it has been reported, can’t deliver his bile after a sudden illness of crippling embarrassment after Ireland told him where to go. #love is love.’”

Evert chuckled at the hashtag conclusion to the string of insults. However, he understands why newspapers’ headlines and false assumptions have got Irish readers upset.

“They’re saying that my visit is going to pose a threat to the safety of the LGBT students on campus, and it will have a ‘lasting and damaging effect on the mental well-being of LGHBQ+ students,” he explained.

“That if I come I will cause ‘untold damage’ to young people.”

He added that the insult is not as much to him as it is to the students of University College Dublin. The university administration have sent a message that they think the students are  incapable of critical thinking

“The idea that [they] have to shelter a 21-year-old from opinions other than his own kind of sounds like [they] don’t have much confidence in their critical thinking abilities,” Evert said.

Nevertheless, Evert believes that university administrators and other adults in Ireland probably really do want to protect young people, not just prevent them from hearing about chastity.

“I think there is a mingling of motives here,” he said.

“First, I believe that there truly is a sincere desire to protect young people from hatred and bigotry when these young people may be struggling with their sexuality or gender identity.”

“If they think that I’m going to come in and tell these kids, ‘Hey, you kids are all disordered and you’re having these sexual desires because you were sexually abused,’ then I can understand them wanting to protect kids from that kind of message,” he continued.

“But that’s not the kind of message that we’re bringing to these young people. Those are ideas that were taken completely out of context, and some of which I didn’t even say. They have me in quotes in their newspapers saying things that have never come out of my mouth.”

Evert, who will travel to Ireland when his children recover, told LifeSiteNews that he was never planning on giving presentations about gender identity or homosexuality. The presentation he was going to give to Catholic students at University College Dublin, for example, was about ‘How to save your marriage before you meet your spouse’.

But the outrage of the media against an American Catholic speaking to Irish Catholics about chastity is “an anaphylactic reaction to the message of chastity as a whole,” Evert believes.

Ireland has undergone enormous social change since 1983, the year in which 66.9% of the predominantly Catholic populace voted to guarantee protection for unborn babies by adding the Eighth Amendment to the Constitution. In May 2018, 66.4% of the population voted to abolish the Eighth Amendment. Abortion, which used to be permitted only when continuing a pregnancy would endanger the mother’s life, is now also allowed on demand for the first trimester. Unborn children with serious health problems may be aborted even later.

One of the reasons for the Irish change of heart on protecting the right of the unborn to life and other Catholic values may be the loss of trust in Catholic clergy following the sexual abuse crisis.

“The fallout from the [clerical sex abuse] scandal globally has caused countless people to dismiss the credibility of Catholicism,” Evert said.

“[They say:] ‘Why should we listen to a bunch of clerics tell us how we ought to behave, when they obviously have their own struggles with chastity?’” he continued.

“I almost see the country as if it’s a 21 year old whose been living at home under a lot of authority, rules and restrictions without a lot of reasons. And they’re now rebelling against the faith of their fathers that they feel has been imposed on them, and they want to set out and discover these things for themselves.”

Even though he is a layman willing to explain the reasons for the rules, Evert is caught in the backlash.

“They see me as part as the institution, so to speak, because I’m in alignment with the Church’s teachings on human sexuality,” he explained.

“They associate what I plan to deliver with what they think they’ve already heard.”

He thinks what is really causing ‘untold damage’ is hundreds of high school students will be unable to hear “the good news of the virtue of chastity because the media was outraged that anyone would bother to deliver this message to them.”

But on the other hand, there is that massive spike in his web traffic, thanks to the adults who are so troubled by the word ‘chastity.’

“In the end, I think we’re going to reach hundreds of thousands more people than if they had just let me come and give the talks,” Evert concluded.