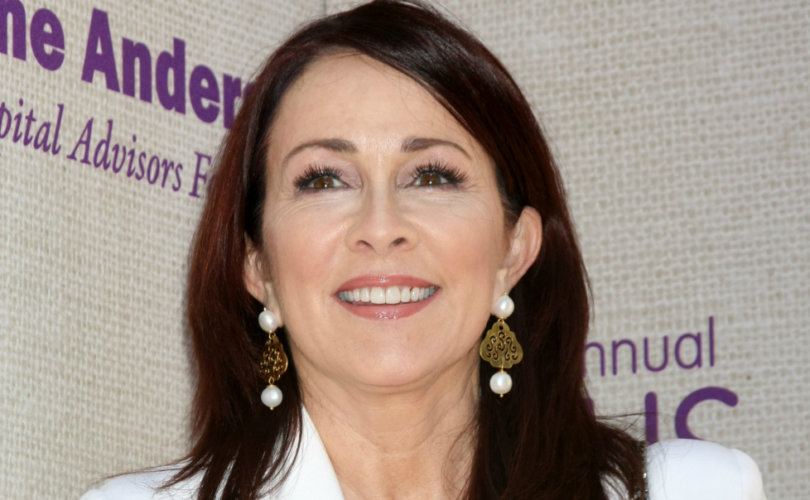 May 23, 2016 (LifeSiteNews) – Hollywood celebrity and pro-life advocate Patricia Heaton tweeted her support of a pro-life pregnancy center earlier this month.

Heaton linked to a tweet from EWTN host and pro-life advocate Gloria Purvis, which showed a video highlighting the work of a Washington, D.C. pregnancy center and maternity home.

Heaton pointed critical abortion supporters to Feminists for Nonviolent Choices, which advocates for more maternal leave and other policies to encourage mothers to choose life:

Other abortion advocates on twitter accused Heaton of “repressing women” and called her pro-life stance “sickening.”

@ClbsMm2000 @PatriciaHeaton Go and say that to the faces of 12 yr old girls who incest victims. You are sickening.

@PatriciaHeaton life is beautiful especially when everyone else mind their business and stays out of the woman's uterus! Mind your business!

@PatriciaHeaton I'm all for post birth abortions for actors meddling in others lives that are none of their business. give yourself one.

But pro-lifers rushed to Heaton’s defense and thanked the Everybody Loves Raymond and The Middle actress for her support of the unborn.

@PatriciaHeaton Thank you for standing up for life!

@PatriciaHeaton @gloria_purvis I am so glad you are voicing your support for the voiceless. ❤️ #ProLifeGeneration

The video Heaton tweeted in support of can be viewed below:

Heaton is a rare pro-life voice in Hollywood.  She has previously called attention to Planned Parenthood’s baby parts for profit scandal and stated her support of the Little Sisters of the Poor.