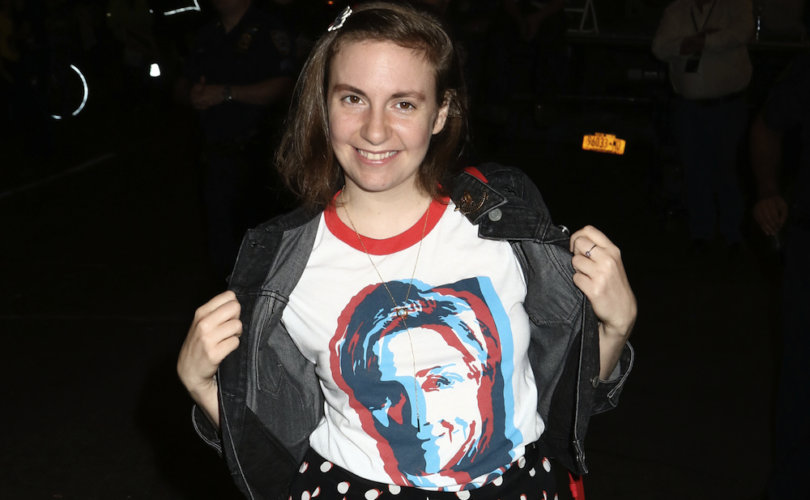 January 19, 2017 (LifeSiteNews) — Lena Dunham enlisted the help of Hollywood stars in a video tribute to Planned Parenthood that praises its racist eugenicist founder Margaret Sanger and has gone viral in the last 48 hours.

Unsurprisingly, Planned Parenthood president Cecile Richards chimes in during Dunham’s video, which was written by Alex Ronan, who has also written about working as an “abortion doula.”

Dunham, best known for creating and starring in the HBO TV series Girls, co-directed the video with animator Kirsten Lepore.

She released the homage to Planned Parenthood through her Lenny Letter and the organization NowThisHer, four days before Saturday’s pro-abortion Women’s March on Washington.

But “considering the quality of movies coming out of that place, it’s not a surprise,” she told LifeSiteNews.

“I’m just sorry for all the girls that might be misled by their favorite celebrities into thinking Planned Parenthood has their best interest in mind.”

Bissonnette says the pro-life movement can take it as a “compliment” that a “video celebrating PP’s 100th year anniversary is mostly acting as damage control for the discovery of all of Planned Parenthood’s scandals of selling baby parts and having an eugenics agenda.”

“Whenever PP gets in trouble, it always trots out Sanger as its symbol and icon,” he told LifeSiteNews. “If PP can get people talking about Sanger, maybe they will overlook all the illegal and horrible things it does today.”

100 Years portrays Sanger as a visionary and courageous rebel, “who sacrifices everything to bring us safe and affordable reproductive healthcare.”

“That’s one way to describe a woman who abandoned her two children in boarding schools while she flittered around the world having numerous sexual interludes and settling into an open marriage with one of the richest men in the country,” Sedlak noted.

Dunham’s paean mentions Sanger’s “conflicting legacy,” noting she “aligned herself with eugenics,” which, it states in her defense, was a “highly popular movement” that allowed her to spread her message.

“Actually, the wording in this video is the closest to PP admitting her involvement that we have ever seen,” Sedlak noted.

“We must remember that PP has been caught on tape accepting money specifically to kill black babies,” he said. “Sanger wrote volumes on the need to get rid of the unfit. So this mention, as mild as it is, just tells us that not even PP can hide from the facts forever.”

Indeed, the evidence that Sanger was a racist eugenicist is overwhelming.

“Sanger shaped the eugenics movement in America and beyond in the 1930s and 1940s,” noted Alice Grossu in an analysis in The Washington Times.

“Her views and those of her peers in the movement contributed to compulsory sterilization laws in 30 U.S. states that resulted in more than 60,000 sterilizations of vulnerable people, including people she considered ‘feeble-minded’, ‘idiots’ and ‘morons.’”

Sanger attended a Ku Klux Klan meeting and wrote in a private letter in 1939 in commenting on the “Negro Project” in 1939: “We do not want word to go out that we want to exterminate the Negro population, and the minister is the man who can straighten out that idea if it ever occurs to any of their more rebellious members.”

But Planned Parenthood supporters “simply deny Sanger’s racism,” Sedlak told LifeSiteNews. “We just don’t understand her. She was a woman of her times and simply used the language of her times. At least that is what PP wants us to believe.”

And in the past PP “simply tried to explain away Sanger’s bad ideas, but it never distanced itself,” and its highest annual award is The Margaret Sanger Award,” he said, which PP regularly confers on sympathetic news agencies.

For a well-researched summary of Sanger’s life and ongoing influence, American Life League’s powerful documentary: Who Was the Real Margaret Sanger? can be viewed here.