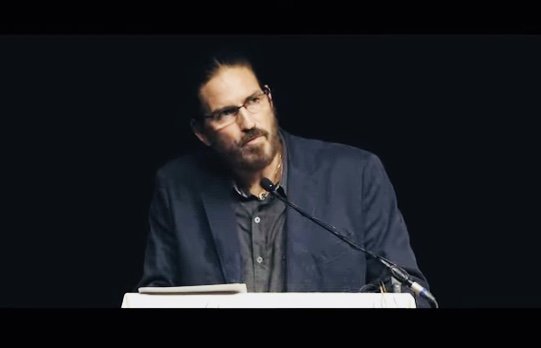 AMSTERDAM, Netherlands, June 20, 2019 (LifeSiteNews) ― The star of Mel Gibson’s The Passion of the Christ recently paid tribute to the Blessed Virgin Mary, crediting her intercession for his success as an actor.

Jim Caviezel, 50, gave his talk at the “Eucharistic Holy Hour for World Peace Through the Mother of All Peoples” on June 1 in Amsterdam. The event was sponsored by the Archdiocese of Haarlem-Amsterdam.

In his speech, Caviezel described how, feeling a strong conviction that he must do so, brought a family heirloom rosary with him to an interview with Hollywood director Terence Mallick. Inspired to give the rosary to the woman who greeted him at the door, Caviezel discovered that the now-weeping woman had prayed that day for a new rosary and that she was Mallick’s wife. Caviezel believes the encounter was due to Mary’s intercession and led to his role in Mallick’s Academy Award-winning The Thin Red Line.

In 2000, when he was starring in The Count of Monte Cristo and feeling very unsure about his ability to carry the film, Caviezel felt the intercession of Mary again when his director showed him a ceiling fresco of the Immaculate Conception.

“It was a sign for me,” he said. “I am proud to say that I shared some screen time with the Mother of God.”

Most dramatically, Caviezel received a phone call from Mel Gibson, who wanted someone who was 33 years old and had the initials “JC” to play Jesus Christ in his film about the Passion.

“Is that a coincidence?” the actor asked his audience. “I don’t think so either.”

Before filming The Passion of the Christ, Caviezel traveled to Medjugorje, a place where some believe there have been Marian apparitions, and consecrated his life and career to the Blessed Virgin Mary.

“Filming The Passion of the Christ brought me even closer to Our Lady,” he told his audience in Amsterdam.

“The more you experience the Passion of Jesus, ladies and gentlemen, the more you understand the compassion of Mary,” he continued.

“The connection between Mary and her Son … what mother does not suffer when her child suffers?”

Caviezel suffered greatly during the filming of the Passion, separating his shoulder on the first day, gasping for air and coming down with hypothermia as he hung from the cross, having his toes burned by heaters meant to ameliorate the cold, being struck by lightning, and then undergoing open heart surgery.

“But I offered up all of the suffering in union with Jesus and Mary for the success of the film, that it might lead souls to Christ,” he said.

Caviezel’s experience of Mary, both in his life and in her participation in Christ’s suffering, brought into sharp focus in Gibson’s depiction of the Passion, has led him to appreciate that Mary is “the spiritual mother of all peoples” who suffered in such close union with her divine Son that the actor hopes she will be officially honored with the title “Co-redemptrix.”

“In this chaotic, confused age, we need truth, and it is true that Mary is co-redemptrix, mediatrix of all graces and advocate of all humanity,” he said.

“It is my hope, it is my prayer, that the pope will proclaim this truth as a Marian dogma, so that every single living human being will know that they have a spiritual mother that loves them and (will) intercede to bring them to Jesus, their true Savior.”

The actor reflected on the world’s “desperate need of the peace of Jesus Christ” in this time of “unprecedented moral breakdown, natural disasters, and even greater global threats of war and terrorism.” Citing the killing of “the unborn and now born children” as well as the sex traffic of children, Caviezel observed that “the power of Satan is evident no matter where we turn.”

The actor believes that peace, both spiritual and global, will come to us “only as it did originally, through the person of our mother, our mediatrix, our advocate.” He called on his audience to trust in the promise of Fatima that Mary’s “Immaculate Heart will triumph” and encouraged them to pray the rosary and adore Christ in the Eucharist.

He concluded by reminding his audience that worldly fame is nothing compared to having their names inscribed in the “Hall of Fame” in heaven, and that they should not expect or care about being accepted by the world.

“In the final analysis, it was always between you and God,” he said.

The question over whether Mary, the Mother of God, should be described as “co-redemptrix,” is still being debated by cardinals and theologians. According to Zenit, five cardinals wrote to Pope Benedict XVI in 2008 asking him to declare the popular belief as dogma.

Cardinal Aponte Martínez of Puerto Rico declared that he believed that “the time is now for the papal definition of the relationship of the Mother of Jesus to the each one of us, her earthly children, in her roles as co-redemptrix, mediatrix of all graces and advocate.”

“To solemnly proclaim Mary as the spiritual mother of all peoples is to fully and officially recognize her titles, and consequently to activate, to bring to new life the spiritual, intercessory functions they offer the Church for the new evangelization, and for humanity in our serious present world situation,” he continued.

However, in an interview with journalist Peter Seewald, published in 2002, Cardinal Joseph Ratzinger, the future pope, expressed his reservations about the title, saying it would confuse the relationship of Mary to her Son.

“The formula ‘Co-redemptrix’ departs to too great an extent from the language of scripture and of the Fathers and therefore gives rise to misunderstandings,” Cardinal Ratzinger said.

“The word “co-redemptrix” would obscure this origin. A correct intention being expressed in the wrong way.”