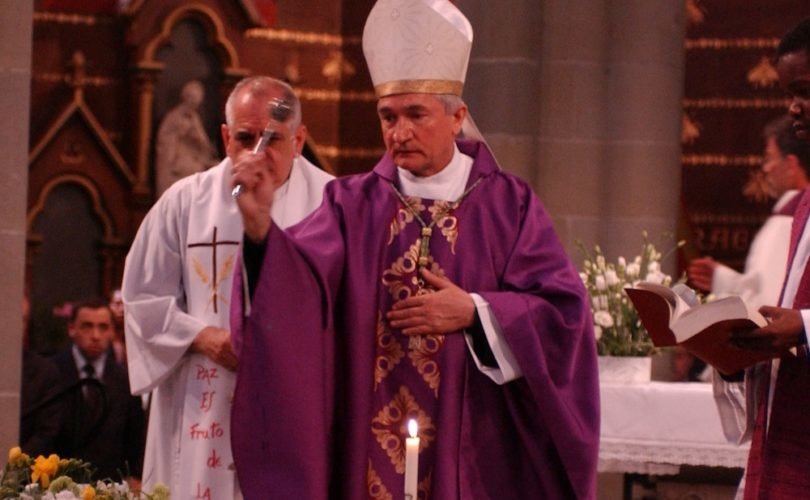 Archbishop Silvano Tomasi urged the UN’s Human Rights Council to defend the family as the “fundamental cell of society” and “founded upon marriage between a man and a woman.”Peter Williams / WHO

ROME — The UN must defend the family as the “fundamental cell of society” and “founded upon marriage between a man and a woman,” the Holy See’s representative at United Nations told the international body’s Human Rights Council on June 24.

Archbishop Silvano Tomasi, permanent observer of the Holy See to the United Nations in Geneva, referred to the “strong debates” that have been held at the UN “about the nature and definition of the family,” saying that the assertion that the family has been weakened in recent decades is untrue.

“[The family] continually exhibits a vigour much greater than that of the many forces that have tried to eliminate it as a relic of the past, or an obstacle to the emancipation of the individual, or to the creation of a freer, egalitarian and happy society.”

The archbishop cited the document prepared by the UN for the 20th anniversary of the International Year of the Family on May 15 this year, which stated, “Owing to rapid socio-economic and demographic transformations, families find it more and more difficult to fulfil their numerous responsibilities.”

But Tomasi refuted this, saying that “despite past or even current challenges, the family, in fact, is the fundamental unit of human society.”

“It continually exhibits a vigour much greater than that of the many forces that have tried to eliminate it as a relic of the past, or an obstacle to the emancipation of the individual, or to the creation of a freer, egalitarian and happy society,” he said.

Contrary to the growing anti-family ideology that posits a rivalry between the good of the family and the good of the individual, “most people find unique protection, nurture, and dynamic energy from their membership in a strong and healthy family founded upon marriage between a man and a woman,” Tomasi said.

“Moreover, ample evidence has demonstrated that the best interest of the child is assured in a harmonious family environment in which the education and formation of children develop within the context of lived experience with both male and female parental role models.”

“The Holy See Delegation firmly maintains that the family is a whole and integral unit, which should not be divided or marginalized,” Tomasi concluded.

Tomasi criticized the United Nations in an interview earlier this month with Catholic News Agency, saying that while it serves a legitimate purpose, its systems are “very complex and sometimes muddled.” This may contribute to it having “a deficit of democracy if experts replace states in making decisions,” he said.

The UN’s Human Rights Council is an intergovernmental body composed of 47 states that oversees the promotion of human rights worldwide. It has repeatedly come under heavy criticism, however, in some cases by the United Nations’ own leadership.

Last year, the Council added China, Russia, Saudi Arabia, Algeria, and Vietnam as members, prompting criticism from the group Human Rights Watch, which noted that these countries “have for years rebuffed efforts by the council’s human rights experts to visit their countries.”

In November 2013, Hillel Neuer, executive director of UN Watch, a Geneva-based rights NGO, predicted that the Council “will continue to turn a blind eye to egregious abuses by violators like China, Cuba, Egypt, Pakistan, Russia, Saudi Arabia and Zimbabwe, which have never been addressed in any UN resolution.” He accused the body of “highjacking” the UN’s mechanisms intended to help victims for political ends.

1
Vatican official at Davos says the Church is implementing the World Economic Forum agenda
2
World Health Organization temporarily withdraws controversial US amendments to proposed treaty
3
Abortion is the exertion of power over the vulnerable, and one pro-choice mom just proved it
4
Virginia bishop says he will enforce Communion ban for Nancy Pelosi in his diocese
5
WATCH: Garbageman rescues baby boy from dumpster in Iran
Subscribe to Daily Headlines »