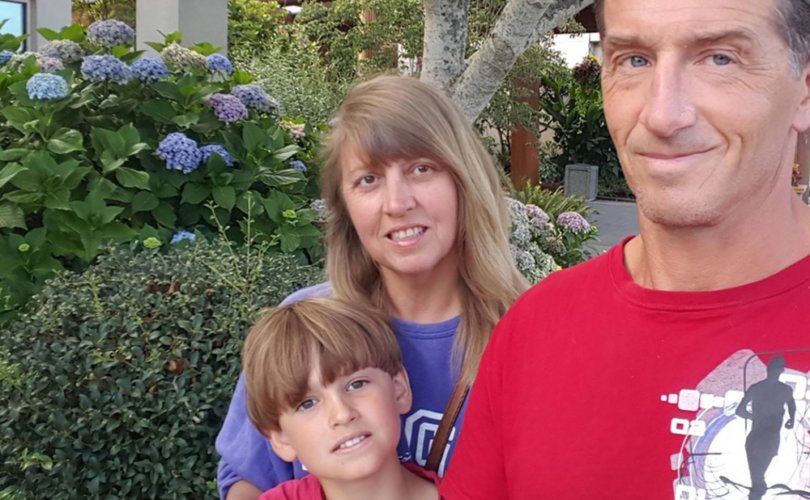 AS, Norway, February 23, 2018 (LifeSiteNews) – A 12-year-old homeschooled boy chased down near his home in Norway and seized from his parents has been returned to his family.

Kai Kristiansen was chased by child welfare services investigators and police officers, tackled and held face-down in the snow, having been ordered into state custody because his family chose to homeschool.

Kai’s reunion with his family came under condition of an agreement with the Norwegian government, the details of which are yet to be determined, the family said.

“We are happy to announce that Kai is back in his home with his family,” they wrote on Facebook Wednesday. “We are thrilled to see him again. We could not have done this without International support from others and helped make this happen for us. We are eternally grateful!”

“Our lawyer advised us to only announce when Kai was home and not comment before,” they continued. “We had to consent to an agreement of which the terms are not complete until May 3rd! This is an exhausting process, but anything to get Kai home.”

Kai was tackled and apprehended outside his home February 9 by Barnevernet (Norway’s child welfare agency) and police officers, according to Home School Legal Defense Association (HSLDA).

Kai’s mother Terese can be heard screaming and pleading for help in the video she shot of the incident. The police and a Barnevernet investigator are seen on the video attempting to restrain the 12-year-old and take him into custody pursuant to an order from the local court.

As of LifeSiteNews’ February 19 report on the incident, Kai had only been allowed to speak to his mother once since his being taken by the state, and his parents did not even know where their son was being kept.

The Kristiansens were not accused of any abusive behavior toward their son. Rather, the parents had become more and more concerned about the bullying Kai was encountering at school and had decided to homeschool him.

The Kristiansens informed the school of their decision and notified Barnevernet as well.

The family had moved to Norway, where Leif was born – and where homeschooling is not illegal – from Canada, where Terese and Kai are citizens.

They made their decision to homeschool after school officials failed to resolve the bullying situation.

Social workers justified removing him from home on the grounds that homeschooling would prevent him from being properly “socialized.”

HSLDA launched a CitizenGo petition asking homeschoolers across the world to sign the petition and contact the Norwegian Embassy in their country to demand justice for Kai, and remind their elected officials that homeschooling is not a legitimate reason to forcibly remove a child from his family.

The petition garnered more than 26,000 signatures and the video had a reported 600,000-plus views.

Christian activist and LifeSite blogger Jonathon Van Maren stressed that the Kristiansens likely got their son back because of the international attention.

“This is a miraculous outcome!” he said. “I think this victory is largely due to the outpouring of international support for the Kristiansen family.”

Norway’s Barnevernet is notoriously stubborn, he added. But Kai’s family was able to get in contact with HSLDA, who worked with CitizenGO to take immediate action.

“And you responded,” he said. “Tens of thousands of concerned families from all over the world signed our petition, making contact with Barnevernet and embassies in the United States, Canada and around the world, demanding justice for the family. This is a wonderful resolution to the situation, and many thanks goes out to those who raised awareness about the situation and signed the petition.”

LifeSite will continue to monitor any further developments in the case.