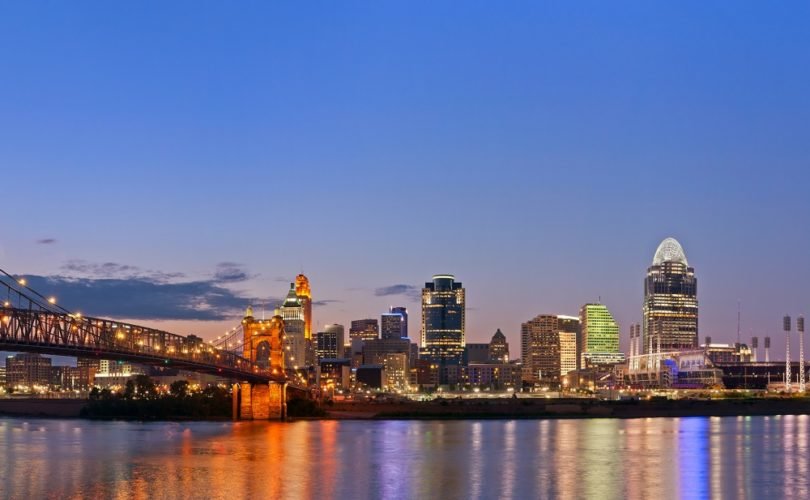 The council committee of nine voted 7-2 for a city ordinance that would make reparative therapy for minors struggling with same-sex attraction or gender confusion illegal, whether the teenager wants the therapy or not and whether the youth's parents want the therapy for their child or not.

The proposed ordinance would levy a $200-a-day, $6,000-a-month fine on any counselor who tries to help a sexually confused teen.

Seelbach promised last Thursday that he would propose the ordinance at Monday's meeting. Concerned pro-marriage and pro-family organizations were keeping a close eye on the meeting until they were told, falsely, that the meeting had been postponed.

Parents and Friends of Ex-Gays & Gays (PFOX) Executive Director Regina Griggs told LifeSiteNews that an announcement was made on Monday morning that the hotly anticipated committee meeting was no longer happening.

Griggs told LifeSiteNews that the reason for the false announcement might have been to keep the public from attending.

Councilwoman Amy Murray voted against the ban, saying she has received messages from several people who said the therapy in question has helped them. Constituents wrote to Murray, saying, “Please don't take this away, so that people can have this option.”

Murray explained, “For all the other emails and letters saying don't take this option away, I probably can't support it.” Councilman Charlie Winburn also voted “no.”

California Psychologist Dr. Laura A. Haynes emailed council members to say she provides the very counseling that Cincinnati is making illegal. Dr. Haynes criticized the proposed ordinance, writing, “This bill restricts FREEDOM OF SPEECH, FREEDOM OF RELIGION, THE RIGHT TO PRIVACY, A CLIENT'S RIGHT TO SELF DETERMINATION, and PARENTS' RIGHTS.”

Haynes continued, “I URGE YOU TO OPPOSE LEGISLATION AGAINST FREEDOM TO CHOOSE THERAPY FOR UNWANTED SAME SEX ATTRACTION FOR TEENS.”

“Reparative Therapy has been shown to lessen and dissipate homosexual feelings for children whose homosexual feelings have arisen from emotional or sexual abuse,” marriage and family therapist David H. Pickup explained to LifeSiteNews. “Even the American Psychological Association recognizes there is no proof of harm of sexual orientation change efforts (Task Force Report on SOCE, pg. 82-83).”

“The city of Cincinnati is pushing a homosexual agenda and forcing it on children, and therefore adults,” Pickup continued. “If the city truly cared about children, they would have never passed a ban on therapy that resolves some of the effects of sexual abuse of pedophiles onto children.”

A licensed therapist in California and Texas, Pickup asked, “What kind of city, what kind of politicians, what kind of human beings participate in the effects of sexual abuse onto children? Can you imagine the gross negligence, even illegal prevention of the right of free speech, visited on heterosexual children who have been abused and for whom homosexual feelings are not naturally inborn?”

Pickup, who spoke on behalf of PFOX, issued a challenge to the city. “We urge Cincinnati, and the country, to investigate the gay activists responsible for the political machinations that have now resulted in a new city-by-city action to force the gay agenda onto people everywhere.”

Often criticized as “sexual orientation change counseling” or “conversion” counseling, reparative therapy was blamed by teenager Joshua Alcorn for his own suicide in 2014. In his note, Alcorn complained that his parents did not believe he was a woman and had him meet with a Christian counselor for help. Joshua killed himself by intentionally running in front of a truck on Interstate 71.

But many professionals in the field of psychiatry disagree that parental or religious non-acceptance of homosexuality or gender confusion is the cause of gay suicides. “Homosexuality is a causative factor in depression,” explains Dr. Lynne Pappas.

“When we talk of disease, we think automatically of a pathogen or bug growing in us, or an infection caused by bacteria or virus, as opposed to something that is caused by an infection of the soul,” Dr. Pappas explains. “That is what [homosexuality and gender confusion] is.”

“As with so many things in our society today, we have 'normalized' so much that it is getting harder and harder for people to see what the infection is.”

“It is eating you away inside, and you keep covering things up, and acting as if that is how it should be,” Dr. Pappas continues. “This is how it is with a life of homosexuality.”

“You think, on the surface, that you are okay, you are happy, but in reality, inside, you are not. You keep playing at it, and playing at it,” Dr. Pappas concludes. “If people who are struggling don't know that they are missing God, then they are not going to arrive at seeing that this is what it is all about.”

California, New Jersey, Oregon, Illinois, and the District of Columbia have banned conversion therapy, but Cincinnati would be the first U.S. city to do so. Democrat State Rep. Denise Driehaus has introduced a similar bill in the Ohio General Assembly.

The full Cincinnati city council will take up the ordinance Wednesday. Cincinnati has also set aside a “gender-neutral” bathroom in City Hall.