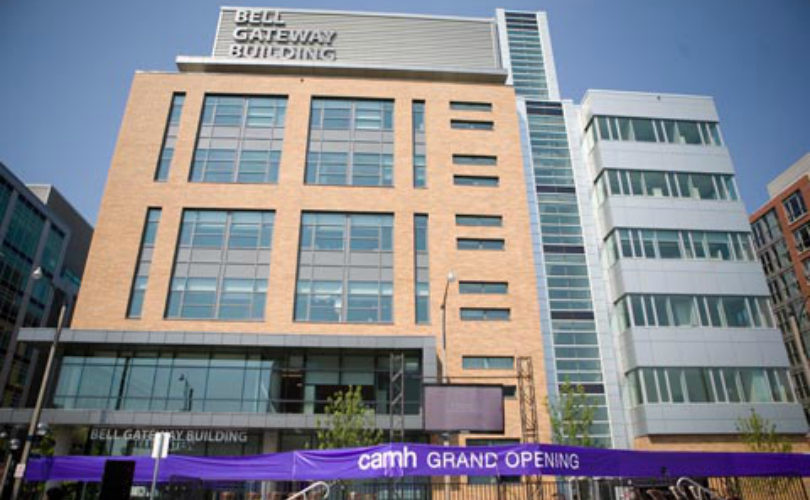 TORONTO, December 22, 2015 (LifeSiteNews) – Under intense pressure from Toronto's influential LGBT community, the Center for Addiction and Mental Health has suspended operations at its Gender Identity Service, which has long been accused of practicing “reparative therapy” to help youth suffering from gender dysphoria to adapt to their biological gender. This violates provincial law as of this summer.

The longtime director, Dr. Kenneth Zucker, has left the clinic. The CAMH itself announced the suspension after making public a highly critical independent review of its practices which pointedly observed that Dr. Zucker had reached “end of career” age and his retirement would clear the way for “revisioning and modernization.”

Zucker's days were clearly numbered by a petition launched against him by Toronto's trans and homosexual communities on Change.org titled “Eliminate Dr. Kenneth Zucker's Practice of Transgender 'Reparative Therapy,'” which prompted Bill 77, banning any treatment for Ontario minors with same-sex attraction or gender dysphoria.

The petition called CAMH a former “lunatic asylum” and “the most notorious and regressive facility in the world dedicated to preventing and 'curing' gender non-conforming behavior in children and adults.”

Though this conjures up images of thumbscrews and electroshock therapy, the critical review by Dr. Suzanne Zinck of Dalhousie University in Halifax and Dr. Antonio Pignatiello could indict it only for an overreliance on “play therapy,” which they considered old hat and unsupported by evidence.

There were complaints too from some patients about the use of one-way mirrors, having their pictures taken without permission and too many questions about their sexual preference. One patient reported being called “a hair vermin” by Dr. Zucker when he stripped to the waist on request. The clinic reportedly has treated 500 youths over 30 years.

But as to the charge that Zucker was practicing the now-verboten “reparative” therapy, the authors obliquely admitted they could not make a case when they stated, “We cannot state the clinic does not practice reparative approaches.”

Apart from play therapy, the center appears from the report to be practicing conventional cognitive – or “talk” – therapy. But it is clear from this that any kind of “intensive” treatment  to help a youth troubled by same-sex attractions or gender dysphoria “runs counter to the prevailing worldview.”

The “current worldview” is that most of those suffering from gender dysphoria will end up self-identifying as members of their biological sex if left alone. What the reviewers don't consider is the rush by schools and some parents to actively encourage children in their gender dysphoria.

But with the intensive treatment practiced at the CAMH clinic, children and parents feel “pathologized.” Zucker's approach, much documented by his critics, is based on the premise that homosexuality and gender dysphoria begin in early childhood (not in the womb or the genes). Zucker is reported to believe that a girl observing her mother as bullied may self-identify as a male, while a boy observing his mother as depressed may self-identify as a female because at a subconscious level he wants to support his mother. On the other hand, a mother with unresolved hostility toward men may encourage effeminacy in her son.

Zucker's accusers in the LGBT community are certain he isn't just helping patients resolve their subconscious issues, but is actively engaged in reparative therapy. Thus, even play therapy becomes a sinister tool in Dr. Zucker's hands, as he encourages boys who like dolls to find a more masculine use for them.

The reviewers clearly think Zucker has got hold of the wrong end of the theoretical stick when he blames the evident mental problems of dysphoric children (depression and suicidal thoughts) on their dysphoria. “Gender variance itself does not cause psychopathology,” the report declares. “Rather the distress associated with it does.” In other words, the discomfort of parents, teachers, or classmates with a gender dysphoric's cross-dressing or other trans displays is the cause of all mental health problems.

As well, the reviewers found that the clinic was too oriented to the wishes of the parents rather than those of the children it was treating. Finally, it was not connected enough with “the community,” an apparent code word for the various transgender support groups who complained about the clinic and Zucker in the first place.

The director of CAMH, Dr. Kwame McKenzie, announced the clinic's gradual suspension of operations. “Really, our clinic needed to make a change with the times,” he explained to the Canadian Press. “We welcome the fact that we now have a chance to work with the community to make things better.”