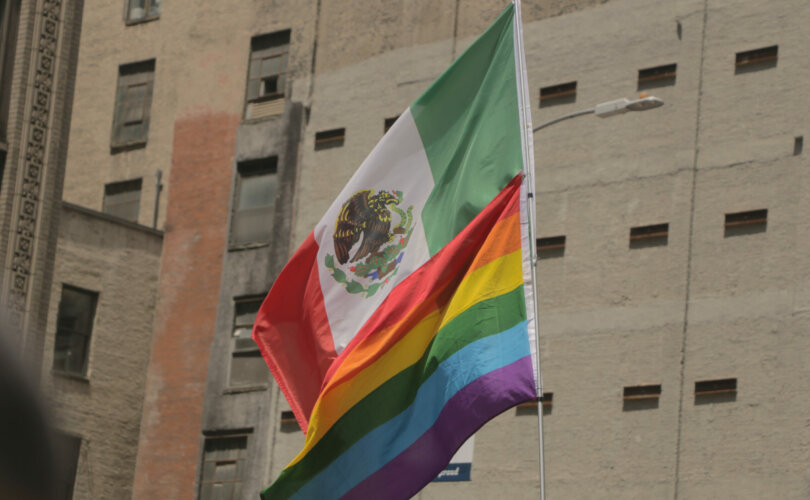 The state of Tamaulipas voted in favor of legalizing same-sex “marriages” earlier this week and was the last and 32nd state to legalize them. The vote enabled the practice within the state’s Civil Code, amending previous legislation with 23 votes in favor and 12 against the decision.

Fox News reported that “the session took place as groups both for and against the measure chanted and shouted from the balcony, and legislators eventually moved to another room to finish their debate and vote.”

Arturo Zaldivar, president of the Mexican Supreme Court of Justice of the Nation, is in favor of the measure, saying that now “the whole country shines with a huge rainbow.”

In another Twitter post, Zaldivar wrote that “We will continue to fight for inclusion. Until equality and dignity become customary.”

The legalization of same-sex “marriage” throughout Mexico comes years after the country’s Supreme Court of Justice announced in 2015 that state constitutions defining marriage as a union between one man and one woman are unconstitutional, a decision which was met with tremendous opposition from the public.

Months after the statement, over a million citizens marched across the country in support of marriage and the natural family. Additionally, a huge march was held in Mexico City to protest same-sex “marriage” and gender ideology.

Although the amendment was rejected in 2016, every individual state has since changed its civil code to include same-sex relationships as valid “marriages.”

The U.S. is also in the middle of a debate about nationwide recognition of homosexual “marriages” with the so-called “Respect for Marriage Act.” This proposal has been met with opposition from both political and religious leaders throughout the country.

More than 1 million people march in Mexico for life, women and peace