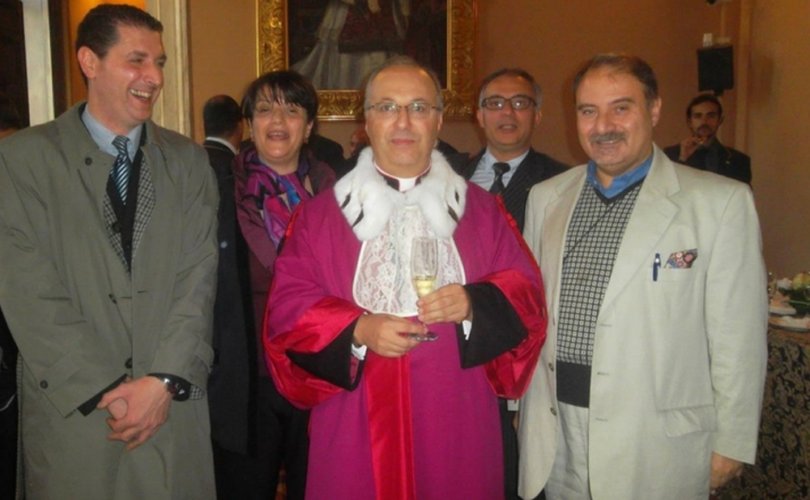 VATICAN, February 23, 2018 (LifeSiteNews) – A monsignor and judge on the highest Vatican appellate court plead guilty to possessing child pornography last week. The charge was brought against him after he allegedly sexually assaulted and threatened an 18-year-old Romanian male, which led police to raid the monsignor’s home and find pornographic images of children.

Monsignor Pietro Amenta of the Italian Archdiocese of Matera resigned from his position on the Roman Rota – the Vatican’s highest court – after pleading guilty and receiving a suspended sentence of 14 months in prison. The suspended sentence, which he received as part of a deal with prosecutors, means he will not actually be imprisoned.

Amenta’s job as an prelate auditor (judge) on the Rota involved hearing cases about annulments.

Amenta worked for the Congregation for Divine Worship and the Discipline of the Sacraments – the Vatican liturgy office – for more than a decade.

Italian media reported that the alleged incident between Amenta and the 18-year-old occurred in March 2017, when the monsignor grabbed the young man’s genitals in Rome’s San Giovanni di Dio Square, a market with permanent stalls set up for vendors to sell various wares during the day.

The victim fought Amenta’s unwanted fondling, and then followed him and said he was going to call the police. It was then that Amenta apparently tried to intimidate him by saying, “you don’t know who I am.”

Nevertheless, the young man informed the police, who, after taking the priest into custody, found “roughly 80 pornographic images on Amenta’s personal computer, some involving minors.”

The homosexual subculture throughout Vatican offices goes back decades but seems to have experienced a resurgence over the past few years.

The priest, Monsignor Luigi Capozzi, was able to easily transport cocaine without his car being searched because he used a BMW with Holy See license plates.