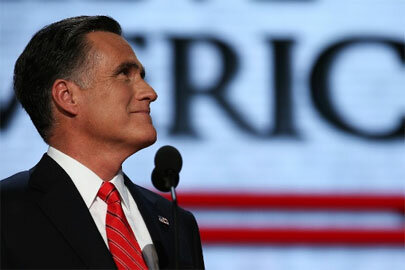 WASHINGTON, D.C. (LifeSiteNews) — Twelve Republican senators’ choice this week to join Democrats in advancing legislation to enshrine same-sex “marriage” in federal law has provoked heated disputes about the future direction of the GOP.

47 House Republicans joined Democrats in July to pass the so-called “Respect for Marriage Act” (RMA), which would repeal the longstanding (but unenforced) Defense of Marriage Act (which recognized marriage as a man-woman union in federal law and protected states’ rights to do the same), federally recognize any “marriage” lawfully performed by any state, and force every state to recognize any “marriage” of any other state “between 2 individuals,” without regard for “the sex, race, ethnicity, or national origin of those individuals”; and contained language potentially obliging the federal government to recognize polygamous unions.

For months, tensions swirled over whether ten Republicans would join Democrats to pass the RMA in the Senate in order to send it to President Joe Biden’s desk, with conservative and pro-family groups working to lobby against it. On Monday, supporters of the bill unveiled amended details meant to satisfy moderate Republicans, including clarification that the RMA would not lay groundwork for recognizing polygamy and ostensibly affirming the religious liberty and conscience rights of religious nonprofits. Conservatives warned that the changes would not adequately protect private citizens from being coerced into affirming homosexual unions.

Nevertheless, the Senate voted 62-37 Wednesday to pass the amended RMA, with twelve Republicans joining all Democrats. Because the bill’s language differs from that passed in July, it must now go back to the House for an additional vote.

Among those Republicans was Sen. Mitt Romney of Utah, who touted the bill’s supposed religious liberty protections and claimed to “still believe in traditional marriage,” but justified his vote on the grounds that he considered the issue “settled,” with the RMA supposedly “provid[ing] certainty to LGBTQ Americans” and signaling both his and Congress’s “esteem and love” for them:

My statement on the Respect for Marriage Act: pic.twitter.com/jaVL1k0wE5

On Thursday, Republican Rep. Chip Roy of Texas called for ousting Romney from the Senate in 2024, specifically citing the RMA vote among the reasons why.

In response, former Trump administration intelligence chief and Ambassador to Germany Richard Grenell (who is homosexual) noted that same-sex “marriage” is legal, that former President Donald Trump supports it, and suggested that holding Republicans to the party’s official position on the issue was not conducive to attracting voters:

Donald Trump supports it. Are you wanting to roll it back?

In fact, your state won’t let gay conservatives attend the Texas GOP convention. Is that your position, too?

We win by addition not subtraction. https://t.co/AgdAbmYHMv

Socially moderate and liberal Republicans say the party should include groups that disagree on any number of non-negotiable issues; conservatives argue that such inclusion dilutes the party’s commitment to major issues.

Roy and Grenell both represent factions of the Republican Party dissatisfied with the GOP’s current leadership in Congress. Roy’s trends more traditionally conservative and Christian; Grenell’s is more specifically associated with the so-called populist movement’s collection of trade, economic, and foreign policy, as well as devotion to Trump personally.

With this week’s reelection of Mitch McConnell to lead Republicans in the Senate and Kevin McCarthy in the House, the GOP appears poised to continue its current trajectory on marriage for the foreseeable future, unless new leaders are able to marshall enough political capital to force a different direction in future elections.