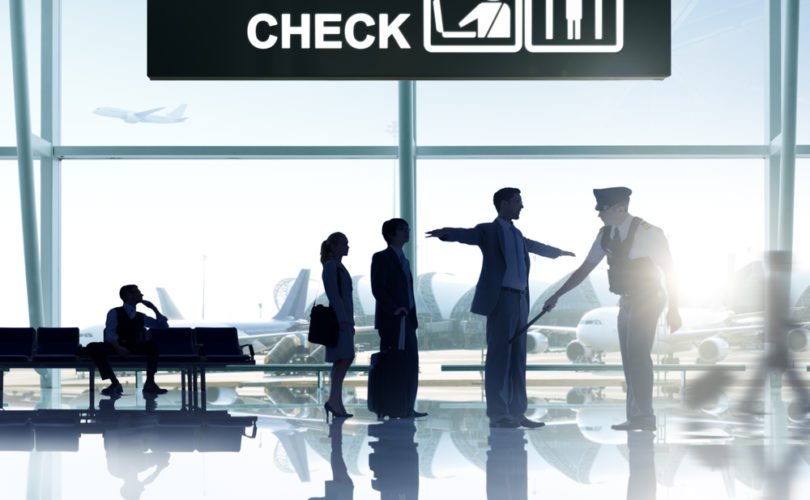 DENVER, CO, May 12, 2015 (LifeSiteNews.com) – The Transportation Security Administration has fired two employees after learning that a homosexual man abused his position as a TSA airport screener to grope “attractive” men's genitals. And such abuse is commonplace, according to a former TSA agent and an airline passenger representative.

Authorities say the the man colluded with a female TSA screener who ran the scanner at Denver International Airport. “When a male he finds attractive comes to be screened by the scanning machine, he will alert another TSA screener to indicate to the scanning computer that the person being screened is a female,” a TSA agent said in an official complaint registered last November. “When the screener does this, the scanning machine will indicate an anomaly in the genital area, and this allows [the male TSA screener] to conduct a pat-down search of that area.”

After three months of ignoring the complaint, the TSA finally investigated.

On February 9, TSA security supervisor Chris Higgins observed TSA employees, and saw a male TSA screener “appear to give a signal to another (female) screener…responsible for the touchscreen system that controls whether or not the scanning machine alerts to gender-specific anomalies.”

The TSA investigator then watched a male passenger enter the scanner “and observed [the female TSA agent] press the screening button for a female. The scanner alerted to an anomaly, and Higgins observed [the male TSA screener] conduct a pat down of the passenger’s front groin and buttocks area with the palm of his hands.”

Besides the intentionally falsified scanning alert, it is a violation of TSA policy to search the groin or buttocks with the palm of an agent's hand.

Supervisor Higgins then confronted the female screener, who “admitted that she has done this for [the male TSA officer] at least 10 other times. She knew that doing so would allow him to perform a pat down on a male passenger that he found attractive.”

Following the investigation, the TSA released a statement, calling the groping “egregious and intolerable.” The two Denver agents were fired, but no criminal charges have been filed.

The Denver District Attorney’s Office refused to prosecute Spicha or Shafi, saying that when police presented the case to them in March, no victims had been identified by name.

But once the news broke a day later, several victims of TSA groping called authorities. “We have had numerous victims calling in,” Raquel Lopez, a technician with the Denver Police Department, said.

Jason Edward Harrington, a former TSA agent who worked with the government agency for six years, said screeners will “often” pull attractive travelers aside so they can inappropriately touch them.

“It’s difficult to tell where airport security ends and sexual assault begins these days,” Harrington said. “There are far too many federal hands on people’s private parts in airports.”

Douglas Kidd, president of the National Association of Airline Passengers, told local TV affiliate CBS4, “Groping takes place all the time, at all airports…You have employees everywhere who are not properly supervised and a lack of discipline by TSA management when things are done inappropriately.”

Denver authorities have since said they will investigate complaints from Denver International Airport. But the TSA still refuses to release the video of Spicha's groping search, stating that it has opened a new investigation in which the tape is evidence.

“The kind of abuse of power exhibited by these TSA screeners will only become more prevalent as the government increases its control and surveillance of the public,” constitutional attorney John W. Whitehead, president of The Rutherford Institute, told LifeSiteNews. “With the assertion of more power and authority by the state comes, not only more opportunities for those in power to take advantage of citizens, but an attitude among those in authority that they are above the law and entitled to abuse the power entrusted to them.”

The abuse has been too common already. Jamelyn Steenhoek filed a complaint against TSA screeners in December 2013, saying the frisking she received was overly “invasive.”

“There are just areas of my body I’m not comfortable being touched in. On the outside of my pants she cupped my crotch,” Steenhoek said. “The part of the search that bothered most was the breast search. You could tell it shouldn’t take that much groping. I felt uncomfortable, I felt violated.”

Former TSA agent Harrington concluded, “The TSA, in its rush to replace the controversial 'nude' radiation scanners that they phased out in 2013, swapped out one poorly functioning line of machines for another. The current millimeter wave scanners, with their outrageous false-positive rates, regularly cause unnecessary pat-downs: The agent running his or her hands over you after you pass through the scanner is almost never doing it for a good reason.”

This is also not the only time the victim of TSA harassment could not get a videotape of the offending pat down. Maggie Buckenmayer complained that a TSA search at Birmingham-Shuttlesworth International Airport amounted to “sexual assault” on November 1, 2012.

“The female assistant began her pat down and was extremely, extremely invasive with her hand pressure between between my thighs, between my legs, on my female body parts,” Buckenmayer said, adding that the woman cupped her hand around her genitals. “This was so invasive, so uncomfortable, so painful that I would consider it sexual assault.”

She could not obtain a copy of the video showing the inspection, although TSA acknowledged that one existed.

Whitehead, who deals with government surveillance and abuse in his new book “Battlefield America: The War on the American People,”said, “These incidents show why it is essential that citizens take back control of the government.”

U.S. House Representative Tom Rooney, R-FL, has introduced a new bill on the House floor, dubbed the “Stop TSA Abuses Act,” seeking reforms within the scandal-ridden government agency. Congressman Rooney also wants to bar TSA workers from wearing uniforms and badges similar to those of regular policemen and women, saying it creates confusion about authority. “Most people see a badge and uniform, and comply with the screeners’ demands – even when those demands are abusive,” Rooney said. “That has to end.”

“TSA full-body screenings and pat-downs are an invasive, unnecessary infringement on passengers’ rights,” Rooney said. “Congress must exercise its oversight authority to investigate why TSA has mandated these new procedures and whether or not they actually provide stronger security for airline passengers.”