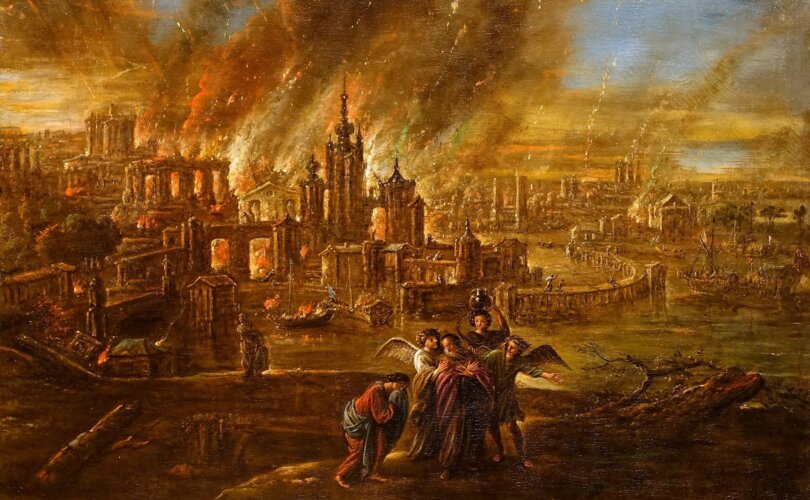 ROME (LifeSiteNews) – What do the Church and Catholic theology teach on LGBT issues? In this article, the first in a series about approach LGBT ideology from a Catholic perspective, we’ll cover the following:

LGBT ideology is sweeping across the Church

According to Catholic theology, virtue lies in the mean, while vice lies in the extremes of human action. As experience bears out, there are many ways to deviate from the mean of virtue, and often the extremes of vice beget one another. Christ Himself underscored this truth when He said, “The gate is wide and the way is easy, that leads to destruction, and those who enter by it are many. For the gate is narrow and the way is hard, that leads to life, and those who find it are few.” (Mt 7:13)

It is no different when it comes to Catholic teaching on sexual morality. There are many ways to deviate from the virtue of chastity, and the extremes of sexual vice indeed beget one another. Of the virtue of chastity we can rightly apply the words of Christ, “the gate is narrow and the way is hard… and those who find it are few,” while the path of sexual license lies wide and easy, and many are they who walk it.

While the LGBT agenda continues to be increasingly pushed upon society, schools, families, teenagers, and even young children, the lies and tragic effects of these lifestyles also continue to come to light by those who refuse to be silenced by the politicians of the Left, woke sociologists, and Big Pharma, which stands to make millions from the transgender surgeries it imposes on children, even against their parents’ wishes.

Within the Church, a new wave of LGBT “inclusiveness” has swept all ranks of the clergy, from the Pope in Rome, who receives LGBT groups in audience, to the priests and bishops who openly celebrate rainbow-themed Masses, bless same-sex civil unions, and loudly call for the Church to change her moral teachings to be more “inclusive” of lifestyles differing from the “ideal” of sacramental marriage.

What exactly does the Church teach on these issues? How do Catholics apply the adage of St. Augustine, hate the sin but love the sinner? Was Christ as “inclusive” as our LGBT proponents make Him out to be? Are these things to be condemned, or accepted in the name of a new-found charity that listens and accompanies?

For the sake of clarity, what the Church and Catholic theology teach on these issues will be offered here in a systematic approach. This will be a look primarily at the morality of these issues. A consideration of the medical and psychological aspects would be necessary for a more complete treatment, but I leave that to others.

Help a therapist being sued by the SPLC for addressing homosexuality
Arthur Goldberg helps people with homosexual inclinations to turn their lives around, but the Southern Poverty Law Center is trying to bankrupt him by taking him through several expensive lawsuits. Please help Arthur survive as a therapist by donating today.

Before looking more concretely at specific judgements on questions of sexual morality, it should be noted that there are three basic orders of human action, each giving rise to principles by which such actions are judged to be good or evil.

There are three basic orders of human action, each giving rise to principles by which such actions are judged to be good or evil.

The first is the most basic order that arises from human nature itself, according to which man is inclined to certain basic kinds of goods that complete or perfect him or are necessary for human life and flourishing. The second is the order that arises from right reason, which understands the truth and sees that certain goods should be sought in a measured and determinate way; this measured way of seeking what is understood to be truly good for man is the order of virtue. The third order of human action is brought about by the grace of God, by which man is supernaturally elevated to believe, hope in, adore, and love God through the power and grace of Christ’s redemptive death, communicated principally through the sacraments.

Each successive order of human action presupposes, elevates, and perfects what precedes. These orders of human action are not successive in time, but rather in perfection. When the love of Christian spouses, for example, in the sacrament of marriage, is said to signify Christ’s love for the Church, this at once presupposes the order of virtue, according to which spouses are faithful to each other in married chastity, and the order of nature, according to which their love for each other is respectively that of a mature, adult man and woman.

Applying these principles to human sexuality, a basic layout of Catholic teaching is as follows. Sexual desire is the natural inclination toward sexual intercourse with the opposite sex for the sake of offspring. This natural desire is elevated by virtue when it is limited to intercourse with one’s spouse in marriage for the sake of raising a family; this is the virtue of married chastity. Finally, marriage between the baptized is elevated by grace because it has been made a sacrament by Christ, and as such is a sign of the faithful and fruitful spiritual charity of Christ for His bride, the Church. In this way, the virtue of chastity is elevated and perfected by grace.

Deviations from the order of virtue

Deviations from the order of nature: Homosexuality, transgenderism

While the above sins against chastity all depart from the order of virtue established by right reason, the natural desire or inclination toward the opposite sex nonetheless remains intact. That being said, the order of nature itself begins to be destroyed the further one departs from the virtue of chastity, as will become clearer below.

The paradigmatic sin against the order of nature lies in the departure from the inclination toward the opposite sex through homosexual acts.

The paradigmatic sin against the order of nature lies in the departure from the inclination toward the opposite sex through homosexual acts. Bisexual acts and lifestyles fail to even distinguish between the difference between the sexes, seeking sexual gratification wherever it may be found, with parallels to the casual sex with many sexual partners that many young heterosexual persons practice through “one-night stands” that fails to limit sexual intercourse to an even minimally committed relationship.

Most disturbing of sexual deviations and lifestyles is the transgender ideology. Here there seem to be largely two categories of departure from the natural order. First, there are those who simply identity as the opposite sex. This consists in a primarily psychological condition in which a person thinks or imagines that they have the wrong kind of body. Without seeking any physical change, they enroll in sports programs of the opposite sex and demand the use of bathrooms and locker rooms of the opposite sex. The result is a rise in cases of rape and physical sexual abuse, usually perpetrated by men identifying as women. Given the strength of the sexual impulse, this should come as no surprise to anyone thinking rightly about the differences between the sexes.

Secondly, there are those who seek to undergo “puberty blockers,” hormone infusions, and bodily surgery to acquire some of the external characteristics of the opposite sex with which they identify. Such surgeries include the cutting off of genitalia for men or breasts for women and the “construction” of the genitalia of the opposite sex. Formally, within law, medicine, and Catholic morality, such acts constitute mutilation of healthy, functioning body parts that are necessary for the generation and sustaining of the life of new offspring. These mutilations are not reversible, contrary to what is often touted to unknowing vulnerable victims, and they are often pushed upon young teenagers, even prepubescent children, without parental knowledge and against parental consent.

When, as a society, certain extremes of vice become more acceptable and commonplace, two things often happen. First, the basic principles of morality that at one time were taken for granted begin to be questioned; second, the small steps that brought society to the moral crisis are easily forgotten. Having laid out the basic principles of Catholic sexual morality, now I wish to show how the slippery slope of excessive sexual license has landed us right where we are, facing an aggressive LGBT propaganda front.

The slippery slope of excessive sexual license has landed us right where we are, facing an aggressive LGBT propaganda front.

In this context, it should be noted that excessive open heterosexual sex inevitably leads to an insatiable desire that is placated only by such things as the ever-available use of pornography that modern technology has put at our fingertips. The ubiquitous use of the internet and smart phones have made pornography and its attendant sexual satisfaction available upon the mere opening of a browser, carried everywhere in one’s pocket for use in the most passing of dull moments. Such fornicating with one’s eyes and imagination by both men and women has become one of the leading causes of the breakdown of marriages, resulting even in the inability to engage in intercourse because of continual excessive visual sexual stimulation.

Without the finality of procreation, sex easily becomes unmoored even from the natural inclination toward the opposite sex.

With homosexuality, the breakdown of the ability to distinguish the sexes properly begins in earnest. From determinate sexual acts with either the opposite or the same sex, an indeterminate fluidity by which one engages in sexual acts with both sexes becomes easily acceptable. If one may choose between the opposite or the same sex, why not on the same principle choose both? The result is that after maintaining the distinction between male and female when affirming same-sex attraction, a person returns to the inclination toward the opposite sex, but now not to the exclusion of same-sex attraction — since the bisexual simply does not distinguish between the sexes as objects of attraction. He inclines toward both sexes indiscriminately.

In perhaps the most radical departure from the order of nature in sexual morality, from the fluidity of the bisexual lifestyle, a full “transition” from one sex to the opposite becomes the remedy for a perceived unhappiness and dissatisfaction with one’s own body as male or female.

Tragically, after “transitioning” or “de-transitioning”, sexual desire is itself often destroyed and the ability to generate new life often wholly compromised. This results in relationships stripped of the possibility of new life, bereft of sexual intercourse, and bereft even of sexual desire. In such instances, the departure from nature has become so complete that natural desire has been wholly destroyed. It is no wonder that the real victims of such ideology, those who undergo “transitional” surgeries, often contemplate suicide even at a young age. It is these victims who are now becoming the most outspoken opponents against the imposition of the transgender agenda in our schools and laws.