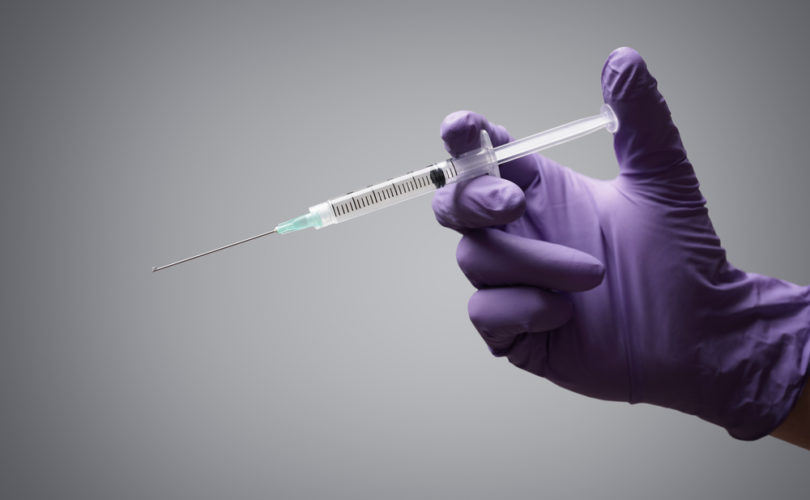 The NHIS has been analyzing Americans' health since 1957, and in 2013 began including sexual orientation. A study of its data, published in the Journal of the American Medical Association (JAMA), revealed that of 69,000 adult participants, homosexuals “were more likely to report impaired physical and mental health, heavy alcohol consumption, and heavy cigarette use.”

Bisexual men also suffer more than twice as much from psychological distress than heterosexual men (17 percent vs. 40 percent).

The JAMA study's authors blame “discrimination” for the poorer health of homosexuals.

Gonzales et al. concluded that the “impaired physical and mental health” was “potentially due to the stressors that LGB people experience as a result of interpersonal and structural discrimination.”

The authors offered no other explanation for the poor health, psychological distress, heavy drinking, and smoking among homosexuals. Their recommendation was that “clinicians should be sensitive to the needs of sexual minority patients.”

Katz echoed the JAMA authors' talking point — that “the higher psychological stress and use of unhealthy substances likely reflect the experience of being in a stigmatized minority population.”

Katz advised that doctors should proactively create “environments that are inclusive and supportive of sexual minority patients.”

“This 'pathway' of explanation is a very common one, and to be sure it does indeed matter,” Dr. Mark Regnerus, a sociology professor at the University of Texas at Austin, told LifeSiteNews. “The odds that ‘stigma’ explains all of the variance in troubled outcomes, however, are low.”

Regnerus explained that scientifically, a different study of the data would have to be set up in order to determine whether external discrimination or the homosexual lifestyle itself is what causes the striking health problems in gays. “It's difficult to know unless they had and employed a measure of social stigma or lack of support in their study.”

A recent study found that it's not just homosexual adults who suffer.

The journal Depression Research and Treatment (DRT) analyzed data from the National Longitudinal Study of Adolescent Health that showed the percentage of adult children of same-sex partners reporting ongoing depression was nearly triple that of adult children of heterosexual parents (51 percent vs. 22 percent).

Regnerus concluded that gay activists “cannot sustain the 'No Differences' thesis (that children of same-sex partners experience no greater ill effects growing up than children of heterosexual parents) except by torturing (the data).  That is, by hiding the basic story behind sets of control variables, or worse, concealing it within privately held data that no one else can scrutinize.”

In Sullins’ conclusion to the study of children of same-sex partners, he took on his gay critics. “The emergence of higher depression risk in early adulthood, coupled with a more frequent history of abuse victimization, parental distance, and obesity, suggests that the inattention of research and policy to the problems of children with same-sex parents is unwarranted,” he wrote.

“Well-intentioned concern for revealing negative information about a stigmatized minority does not justify leaving children without support in an environment that may be problematic or dangerous for their dignity and security.”

“Children deserve a mother and a father whose love for them — and for each other — is the source of their life and socialization,” Dr. Regnerus said.

The NHIS survey had 1,664 gay, lesbian, and/or bisexual participants.