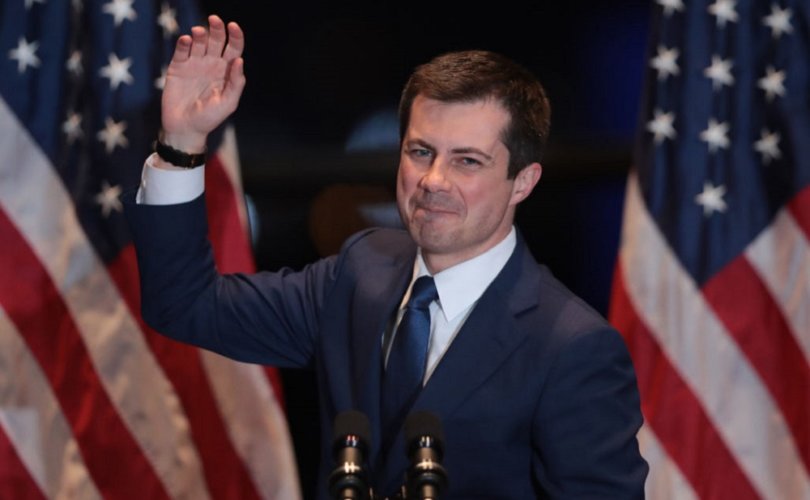 Buttigieg has been handed a prime-time slot for his speech on Tuesday, while Roem’s role at the convention has not yet been announced.

Joe Biden will officially accept his nomination as the party’s presidential candidate in a speech to be delivered on Thursday evening, the final night of the convention.

“Vice President Biden very clearly sees that LGBT people are part of the fabric, and they will be part of the fabric of the convention,” Joe Solmonese, CEO of the 2020 Democratic National Convention, told the Washington Blade. “We’re asking lots of people to participate in all sorts of different ways.”

Before taking the reins of the 2020 Democratic National Convention, Solmonese, who is himself gay, was president of the powerful Washington, D.C. LGBT lobbying organization the Human Rights Campaign.

At the Democrats’ 2016 national convention held in Philadelphia, more than 11 percent of the delegates identified as lesbian, gay, bisexual, or transgender.

While there are no reports as to the number of LGBT delegates participating in this year’s convention, Pennsylvania’s delegation alone includes a reported 27 LGBT members.

Homosexuals and transgenders are a ‘cornerstone of the Democratic Party’

Brendan Welch, communications director for the Pennsylvania Democratic Party, told Philadelphia Gay News that the LGBT community is  a “cornerstone of the Democratic Party.”

“We must actively uplift LGBTQ+ voices if we are to achieve the America that Democrats stand for: justice, equity and opportunity for all people, regardless of race, gender identity, or who you love,” Welch wrote in an email to PGN.

“We welcome all of our LGBTQ+ delegates with open arms and look forward to electing Democrats who will fight for you — in both the nation’s capital and the state capital,” he added.

Pro-LGBT platform to be approved

In advance of the convention, delegates are now in the process of voting on the party’s revised platform which is expected to be ratified next week.

Troubling planks in the proposed platform include a call for Congress to push through the so-called “Equality Act”; ensuring that gay, lesbian, and transgender individuals can adopt or foster children; guaranteeing transgender students “access to facilities based on their gender identity”; banning, under the misnomer “conversion therapy,” professional counseling for those with unwanted same-sex attraction and gender dysphoria; and ensuring that transgender and non-binary people “can procure official government identification documents that accurately reflect their gender identity.”

The proposed platform is the first to recognize a categories of people who claim to be gender non-conforming and non-binary.

Democrats applaud this year’s U.S. Supreme Court decision that made clear that employment discrimination based on sexual orientation and gender identity violates the law, but we know we still have work to do to ensure LGBTQ+ people are treated equally under the law and in our society. We will fight to enact the Equality Act and at last outlaw discrimination against LGBTQ+ people in housing, public accommodations, access to credit, education, jury service, and federal programs. We will work to ensure LGBTQ+ people are not discriminated against when seeking to adopt or foster children, protect LGBTQ+ children from bullying and assault, and guarantee transgender students’ access to facilities based on their gender identity. Democrats will ensure federally funded programs for older adults are inclusive for LGBTQ+ seniors.

Recognizing that LGBTQ+ youth and adults suffer from significant health disparities, including mental health and substance use disorders, Democrats will expand mental health and suicide prevention services, and ban harmful “conversion therapy” practices. We will ensure that all transgender and non-binary people can procure official government identification documents that accurately reflect their gender identity. We will stop employment discrimination in the federal government, and will restore full implementation of President Obama’s executive order prohibiting discrimination by federal contractors on the basis of sexual orientation and gender identity.

Democrats are committed to ending the homelessness crisis, including among LGBTQ+ youth. We will fight to end violence against transgender Americans and particularly against Black transgender women, who are disproportionately victims of assault and homicide, and will prioritize the investigation of hate crimes against transgender and non-binary people.

The convention, which The New York Times has described as a “star-studded Zoom call” because the speakers will be offering their remarks from remote locations due to Wuhan virus restrictions, will run from Monday, August 17 through Thursday, August 20.

Other primetime keynote speakers include Michelle Obama on Monday, Jill Biden on Tuesday, and Barack Obama on Wednesday.