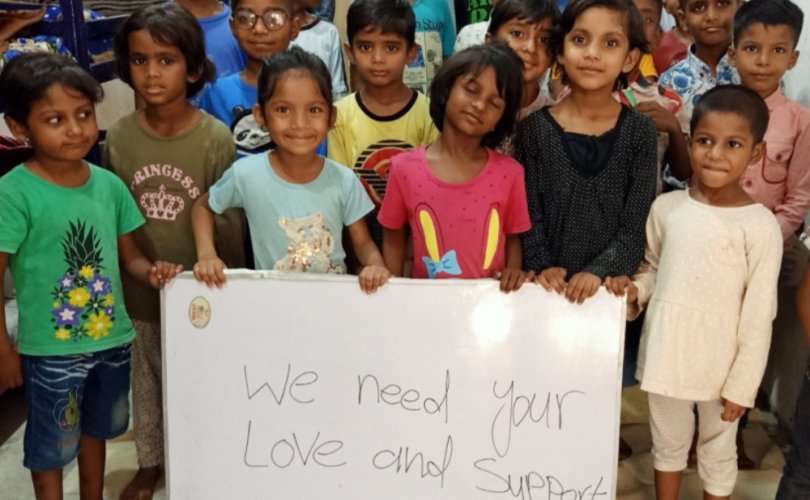 FRONT ROYAL, Virginia (LifeSiteNews) – Rob Monster is something of an enigma in the tech world, best known by fans and critics alike for providing domains to countless conservative causes, but he appears even more enthused by the charitable works he has immersed himself in for the Kingdom of God.

His vast experience of the digital continent has taught him that many of the neediest causes in the world can benefit immensely from becoming organized and connected online, and so the Seattle-based entrepreneur has this week launched Orphans.com, his latest contribution to a youthful and disadvantaged section of society he considers full of God-given potential and yet forgotten by most.

Speaking to LifeSiteNews, Mr. Monster said he hopes Orphans.com, where people can sponsor children financially or have their orphanage supported, “will bring orphan empowerment into the digital age.”

“The model for orphan empowerment in the digital age opens up vast possibilities to connect fathers to the fatherless and mothers to the motherless for the purposes of advancing physical, spiritual, and vocational development in ways that would not have been possible without low-cost internet connectivity, and to connect orphans with vetted Kingdom-minded sponsors who are co-laboring with orphanage managers to help orphans realize their God-given potential,” he explained.

“I believe most people still greatly underestimate the potential of software as an organizing force to connect people in ways that co-create abundance,” Mr. Monster continued. “In this case, we don’t know who among the vast sea of orphans is the next Steve Jobs.”

“The reality is that orphans, by their circumstances are among the most adaptable and resilient people that most of us will ever encounter. As it turns out, those same qualities are what often define great entrepreneurs and leaders. I believe technology can help us to unlock the human potential that exists in all of us,” he added.

— Article continues below Petition —
PETITION: The Supreme Court MUST Block Biden's Vaccine Mandates!
Show Petition Text
24369 have signed the petition.
Let's get to 25000!
Thank you for signing this petition!
Add your signature:
Show Petition Text

The idea of launching a platform for orphans was sparked by Mr. Monster’s concern that the outbreak of Covid-19 would see even more vulnerable children made orphans and put into an existing orphanage system where they might not be accommodated.

“If mobilization of significant resources were needed, the existing orphan economy is too disconnected and archaic to handle a large increase in orphans that will need accountable stewardship long enough to either make them self-sufficient or connect them with a long-term home,” Monster said.

“I was inspired to acquire the domain and then develop the software,” he added.

As founder and CEO of Epik.com, the top-rated domain registrar according to TrustPilot, Monster spends as much time as possible concentrating on ways to advance “the Kingdom in the digital age”.

To this end Orphans.com has teamed up with LifeSiteNews’ crowdfunding site LifeFunder.com to try to secure a building in Lahore, Pakistan for 20 orphans who have been living in cramped and squalid conditions due to a lack of funding.

The Blessed Children Orphan Center opened after scores of children lost their parents during the 2013 Islamist suicide bombing of a church in Peshawar, but conditions have not improved for 20 of the orphans being looked after by Naqash Javed and his team at Save Souls Ministries, resigned as the children are to living in one rented, undecorated bedroom, some sleeping on the floor and the rest sharing bunkbeds.

Seen by LifeSiteNews, the 20 orphans also share a bleak one-basin bathroom downstairs with no sight of a proper toilet and only a hose for showers.

Javed is hugely grateful for the help Orphans.com and LifeFunder donors have shown the children, and was happy to tell LifeSiteNews that his team were able to pay part of the asking price for the building and begin using it with the owner’s permission.

“With your love and support, the children have a better life and a safe shelter,” Javed told LifeSiteNews. “By the grace of God we paid some money to the house owner and he gave us permission to use the building, but we need to make the full payment and then we can start painting and making drawers and beds for the children.”

“Rob and Orphans.com have blessed us in so many ways, providing Bibles, food, warm clothes, shoes and education, as well as one hundred food packages for widows and needy families at Christmas,” he added.

The Pakistani orphanage now needs less than $17,000 to secure the building.