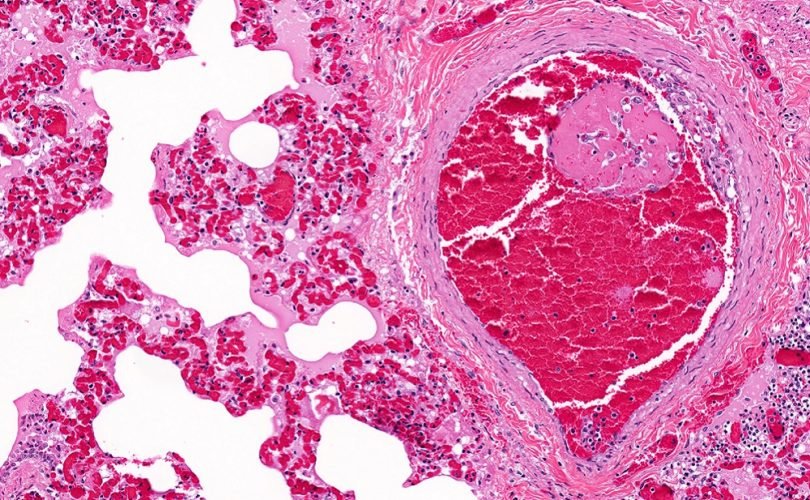 On January 25, 23-year-old Charlotte Foster developed a blood clot in her lungs. The clot, which led to brain damage that killed Charlotte, was caused by taking hormonal contraception, according to inquest testimony.

Charlotte, a doctor's daughter, had been taking the birth control pill Dianette for only a few months. The contraceptive was prescribed for her by her physician.

Coroner's officer Julie Hartridge told the inquest that the cause of death was brain damage resulting from a pulmonary embolism, caused by the oral contraceptive pill.

NHS guidelines warn of a “small” risk that the estrogen in the pill can cause blood to clot more readily. If blood clots develop, they can cause deep vein thrombosis, a clot in the leg, pulmonary embolism, a clot in the lung, a stroke, or a heart attack.

In May 2015, a 21-year-old woman, Fallan Kurek, died from a blood clot caused by birth control pills she had been taking only 25 days. In 2011, a 17-year-old girl, taking birth control for acne, died after her left leg started to swell up and turn purple.

“A simple reading of almost any in-flight airline magazine will reveal that it is well-known that the use of oral contraceptives increases the risk of deep vein thrombosis (blood clots),” Sedlak noted. “In addition, the World Health Organization has classified combined oral contraceptives as Group 1 carcinogens – meaning they cause cancer in humans.”

The pro-life leader concluded, “It is time these products were taken off the market everywhere.”

Stephen and Cecilia Foster said they are heartbroken from their daughter's death. “We are devastated at the sudden and unexpected loss of a very much loved daughter,” they wrote in a statement. “Charlotte was a lively, intelligent, beautiful, and caring young lady.”

A full hearing on Charlotte's death will be held later this year.