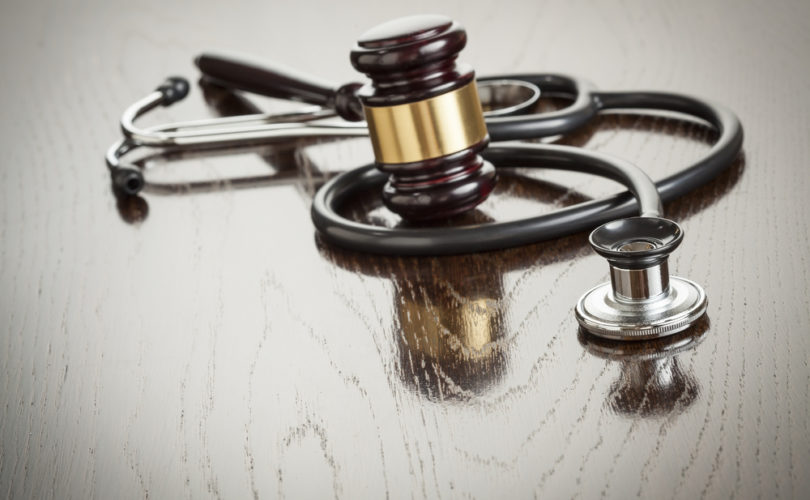 Telisa Boyd alleges that on September 18, 2012, she underwent a total laparoscopic hysterectomy using daVinci robots. The operative report indicated that both Hodes and Nauser conducted the surgery and that there were no complications during the surgery. She was sent home thinking that the surgery had been successful and without incident.

After the surgery, Boyd suffered extreme abdominal pain. She repeatedly called Center for Women’s Health to ask her condition. Abortionist Traci Nauser, who is Herbert Hodes daughter and business partner, was on-call at the time. Nauser never attempted to readmit Boyd and never recommend that she seek emergency care.

Twelve days later, Boyd’s suffering was so severe that she finally sought emergency care for the unbearable pain and a distended abdomen.

Tests indicate that Hodes and Nauser had severed her right side ureter “causing urine to spill into her abdomen and body.” This caused a massive infection and a second surgery that required a “prolonged and complicated” recovery period.

“Even though this is not an abortion-related injury, it is an indication of how patients are treated by Hodes and Nauser,” said Operation Rescue President Troy Newman. “It appears that they completely and heartlessly ignored this woman’s pleas for help. We have often heard similar stories from women that abortionists simply do not want to deal with complications.”

The Center for Women’s Health has never been inspected by Kansas authorities. In fact, in 2011 after the passage of an abortion clinic licensing law, Hodes flatly refused to allow the Kansas Department of Health and Environment access to his facility for inspection. Instead, Hodes sued to block the law, which continues to be tied up in court.

Hodes has been sued at least 14 times, according to court records, yet his medical license remains free from discipline.

“Many women don’t understand that in addition to their rights to sue, they can also file complaints with state medical boards,” said Newman. “Medical board complaints are critical to making sure that other women do not suffer from malpractice and negligence. We encourage women who are injured by abortionists to go online and download complaint forms from their state’s medical board web site and fill them out.”

Medical board complaints may be the only way boards are alerted to substandard practitioners. If complaints are found to have merit, an abortionist can be fined, suspended, and in extreme cases, lose his or her medical license entirely.

The malpractice suit against Hodes and Nauser is set for trial on November 16-20, 2015, in Johnson County District Court.