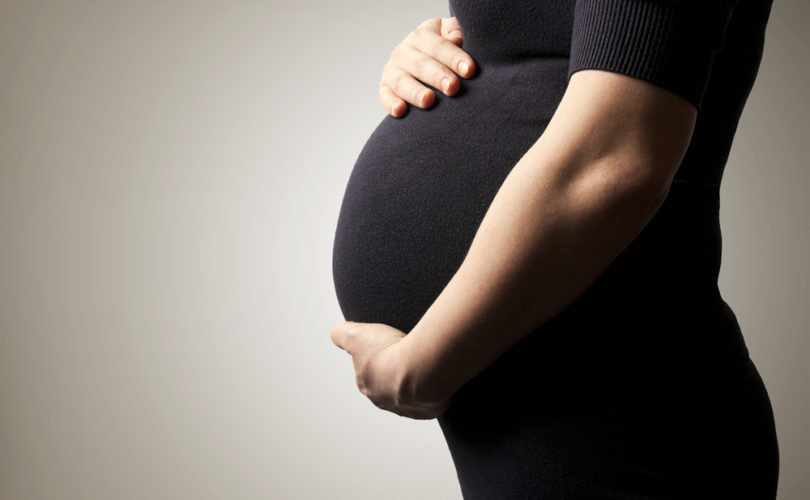 July 2, 2018 (Society for the Protection of Unborn Children) – The parents of a baby girl who died of catastrophic injuries shortly after birth have been accused of deliberately killing her, according to court documents.

The unnamed couple arrived at Kern Medical in Bakersfield. California to give birth on 24th May. The woman was about 30 weeks pregnant.

Medical staff found that the baby girl was suffering from a fractured skull and spinal injuries, “traumatic injuries… that led to the child's death” shortly afterwards. They also noticed “severe bruising” on the woman's stomach, and, suspicious of her explanation that she'd fallen while mopping, called the police.

During the police interview, the woman admitted that having decided together that they didn't want the baby, she and her boyfriend agreed for him to beat her in an attempt to kill the baby.

Police say she told them he struck her stomach with his fists “at least 10 times,” and squeezed her, after which she “stopped feeling the baby move.”

In a separate interview, police say the boyfriend denied hurting the woman or the unborn child.

But was it illegal?

Bakersfield police are investigating, and the district attorney's office is also reviewing the case. However, even though the baby was viable and her parents allegedly beat her to death, it is not clear that the couple can be charged with breaking California law.

California penal code defines murder as the “unlawful killing of a human being or a fetus with malice aforethought.” However, there is an exception for abortion; the law states that murder charges will not be pursued if “the act was solicited, aided, abetted or consented to by the mother of the fetus.”

Local defense attorney Mark Anthony Raimondo said, “In the state of California a person who is pregnant, still pregnant, can terminate their pregnancy almost by any means and not be held liable criminally for their actions.”

A baby is human if she's wanted or not

Jennifer Bloomquist of Pro-Choice Kern County called the legal situation a “grey area” and called for greater access and funding for abortion.

Marylee Shrider, executive director of Right to Life Kern County said: “I wanted to burst into tears. It's pretty sickening to read.” She said the father must be held accountable. “Even if she thought of it, what kind of man would say, 'Yeah, I'll punch you in the stomach until the baby is dead?'”

Right to Life also pointed out inconsistencies in the law. When a pregnant mother is killed in a murder or a drunken driving crash, the government charges defendants with double murder, ascribing personhood to the baby. “So the only difference in this case is the mother didn't want the baby,” Ms Shrider said. “The baby is a human being, or she's not. The fact that she's wanted or not wanted is not relevant. It doesn't make her less human.”

She hopes the district attorney pursues murder charges. “On moral grounds, grounds of decency, no, there's no gray areas here,” she said.

Would this happen in the UK?

In the UK the Infant Life Preservation Act (1929) created the offence of 'child destruction' which carries a life sentence: “any person who, with intent to destroy the life of a child capable of being born alive, by any wilful act causes a child to die before it has an existence independent of its mother, shall be guilty of felony, to wit, of child destruction.” Yet very few are ever convicted of child destruction, not least because the child must be sufficiently developed, and legal abortion does not come under the offence of child destruction. A very distressing UK case in which the baby's father attacked the mother to kill the baby after she refused an abortion has prompted calls to increase sanctions when someone other than the mother forcibly induces an abortion.