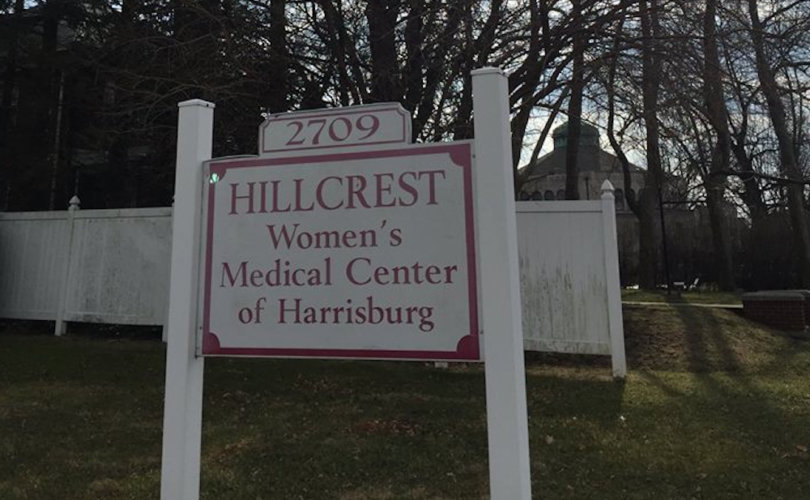 HARRISBURG, Pennsylvania, September 20, 2017 (LifeSiteNews) – A Pennsylvania abortion center permanently surrendered its license after failing to comply with a slew of health and safety standards.

Hillcrest Women’s Center has a history of poor medical care. It botched an abortion in 2016 and a 30-year-old woman was taken to the hospital in an ambulance. Its online reviews call it “traumatizing,” “awful,” and “like an animal clinic.”

Among the violations in the health department’s March report were the failure of Hillcrest to have a registered nurse or doctor constantly supervise patients recovering from surgery or anesthesia. It also lacked proper policies for local anesthesia in the abortion room and didn’t record whether seven patients had even received anesthesia.

The facility had no policy for handling suspected cases of abuse for dependent adults ages 18 to 59.

It kept undocumented prescription drugs “in a manner that was accessible by unauthorized staff and the patients.” The facility kept old syringes in “paper wraps that were physically deteriorated and yellow with age” and had medical supplies that had been expired since 2004.

In 2011, a similar deficiency report found Hillcrest’s “sterilized” equipment was rusty and expired.

Convicted murderer Dr. Kermit Gosnell, a Pennsylvania abortionist who “snipped” the spines of babies born alive, flew under the radar for years thanks to the state’s lax abortion laws. It was only through a drug bust that police discovered the filthy conditions inside his “house of horrors” abortion center.

The floor and equipment of Gosnell’s trash-strewn “clinic” were stained with blood. He kept aborted baby body parts in jars next to employee’s lunches in the refrigerator.

“Routine inspections are a new policy in Pennsylvania since the Kermit Gosnell trial revealed a massive regulatory failure that allowed filthy and dangerous practices to flourish at abortion facilities in that state,” Cheryl Sullenger, senior vice president at Operation Rescue, told LifeSiteNews.

“It is gratifying to know that the enforcement process worked in the case of Hillcrest Women's Center,” said Sullenger. “But the reality is that there was nothing out of the ordinary about the violations found at Hillcrest. The same can be found at other many abortion facilities across America.”

“This shows how horrific conditions and practices at abortion facilities persist nationwide, and illustrates the desperate need for greater enforcement,” concluded Sullenger.