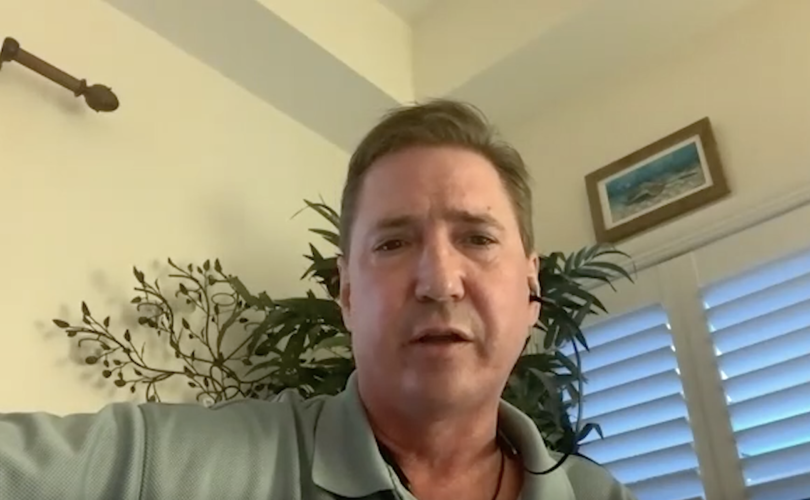 (LifeSiteNews) — An attorney who spoke during the December 7 “Fired for Freedom” conference hosted by the Truth for Health Foundation described his work trying to rescue COVID patients from the “hospital death camps” where he said people are being kept against their will in intensive care units (ICU) receiving ineffective or even harmful medications.

Held on the 80th anniversary of the Japanese attack on Pearl Harbor that launched the United States into World War II, the “Fired for Freedom” conference highlighted courageous individuals who have risked everything in the present-day battle for medical freedom and the right to exercise one’s conscience.

“Today is a really important day and a good day to get this out,” said international attorney and Truth for Health Legal Advisory Council member Todd Callender.

“[W]e tend to keep running into the same scenario over and over again,” Callender said, explaining that he works with people who have been hospitalized with COVID and are then “stuck in hospital in a variety of circumstances that don’t let them leave, which is why I call it the ICU jail.”

The attorney explained that COVID patients admitted to federally-funded hospitals are put on treatment protocols which include medications he says tend to harm rather than help them, while being deprived of other medications (like ivermectin) which are not included in the protocols.

Callender said sometimes even patients who enter the hospital for a non-COVID-related reason and later test positive for the virus may be whisked off into “COVID segregation” and ultimately the ICU, “where they are oftentimes deprived of nutrition [and] given a cocktail of drugs, including remdesivir that shuts down their kidneys.”

According to Callender, federal funding for hospitals creates a dangerous incentive structure that leads to the “horrible circumstance that we call the ICU jail” with medical establishments “economically incentivized” to keep patients hospitalized.

Callender said his work consists of trying to help patients who want to leave the hospital and get off a harmful regimen of medications but find themselves unable to do so.

“We’ve actually had cases where people have unplugged their IVs and tried to walk out [and] had nurses carry them right back down,” he said, adding that “once they get into ICU, it’s very difficult to get them out because then they rely upon medical care equivalents,” meaning that ICU patients can only leave the unit if they are being transferred to an identical form of care.

“[I]t’s all around liability and protocols,” Callender said. “So it’s very difficult.”

The attorney said the crucial rights he’s fighting to protect are the right to bodily autonomy and the right of adult Americans to choose to walk out of the hospital on their own volition if they so desire.

“First and foremost is the right of bodily autonomy,” he said. “They’re sticking all kinds of drugs and cocktails into these patients [and] sometimes they don’t even know it. It’s a medical battery for the hospital to give you a drug that you don’t want. And yet that’s happening. Second to that, and equally as important, is your right to leave the hospital.”

Even with legal intervention, the attorney said he is only successful in helping clients leave the hospital half the time.

“I’m only shooting about a 50 percent chance of actually getting somebody out of the hospital,” he said, emphasizing that the situation trapping patients in unwanted medical care “all results from federal funding.”

The attorney described a current case in which he is attempting to help a client forbidden to receive ivermectin and unable to leave an Illinois hospital after testing positive for COVID-19.

“I’ve talked to the hospital’s legal counsel asking if they will allow us to bring our own consulting doctor and to provide ivermectin in this particular case,” he said. “The hospital protocols will not allow for that.”

Callender said the protocols in U.S. hospitals involve giving patients a series of drugs including midazolam and remdesivir, which he said “effectively poisons” the patients.

“They don’t help them, but that’s the protocol,” he said.

According to Callender, the best thing for Americans to do is to “stay out of the hospital.”

“Stay out of the hospital, and if you need help from a doctor, get a private doctor,” he said. “Go to a clinic that isn’t federally funded because as soon as you’re in that paradigm of federal funding, the hospital says: ‘Our hands are tied and we have to follow the protocol,’ and that includes no outside doctors. That means that you’re going to stay there and oftentimes die.”

Callender said helping patients extricate themselves from the hospital is not where his legal work stops. He also helps doctors who want to prescribe certain therapeutic medications to patients but are not allowed to do so because the drugs are not listed on the hospital’s COVID protocol.

The attorney said he has “been spending an inordinate amount of my time lately helping … doctors who want to prescribe therapeutics like ivermectin [and] hydroxychloroquine” but are barred from doing so.

Callender urged concerned listeners to join the fight to shed light on what is happening in hospitals, and to protect themselves from being made victims of a dangerous incentive structure.

According to Callender, many hospitals are “violating people’s constitutional rights, their human rights, their patient rights. And it’s got to stop.”

“And until we get some public light on this, until people like yourself get this out of public view, they’ll just keep doing it because they’re actually getting economically rewarded to do [it],” he said.