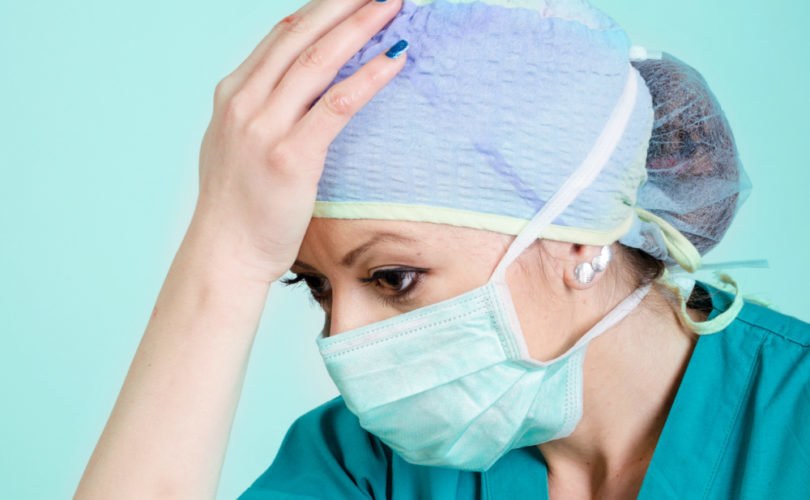 (WND News Center) – The 150 nurses and other hospital workers at Houston Methodist Hospital who were fired for refusing to receive one of the expermimental COVID vaccines apparently were regarded by administrators as disposable.

But two months later, the hospital is one of several in the area experiencing a severe shortage of medical personnel as media report local hospitals have reached a “breaking point” because of a flood of COVID-19 cases, noted the Foundation for Economic Education.

The Houston Chronicle said in an editorial published Tuesday the 25-county hospital area that includes Houston had more patients in hospital beds than at any point in 2021. But local KHOU-TV reported medical tents erected outside of Lyndon B. Johnson Hospital are vacant because of a shortage of nurses.

On Thursday, Oregon Democratic Gov. Kate Brown announced that all health care and school workers in her state must be vaccinated by October 18 or six weeks after full FDA approval of the vaccines, whichever is later. The vaccines currently are being administered under emergency use authorization.

KTVZ in Portland reported the governor said the objectives are to address Oregon’s hospital crisis and keep students safe.

The vaccination requirement for health care workers will no longer have a testing alternative, Brown said.

Washington state Democratic Gov. Jay Inslee has imposed the same vaccine mandate and deadline on health-care workers in his state.

More than 50 health-care professional societies and organizations in the United States have urged all health-care employers to require their employees to be vaccinated against COVID-19.

State employee Tarah Kimbrough explained to Seattle’s KING-TV: “I do not feel that it is appropriate for the government, or governor is [sic] telling me that it is safe to get a vaccine when they have no idea what is happening with my body.”

In Quebec, Canada, unions representing health-care workers say they’re concerned about the government’s plan to force their members to get vaccinated or risk losing their jobs.

“We are a little surprised by the severity of the measure,” Jérôme Rousseau, vice-president of the province’s largest nurses union, said in an interview with Canadian Press.

Rousseau said he’s concerned about the consequences for workers who are unable to get vaccinated for medical reasons those who refuse.

The Department of Veterans Affairs will require nearly every worker, volunteer and contractor within its vast health care system to be vaccinated, the New York Times reported.

In Houston, the Chronicle reported Harris Health System, which includes LBJ, is short approximately 250 nurses. The University of Texas Medical Branch has requested another 100 nurses to help address staff shortages at four hospitals.

Baylor St. Luke’s Medical Center in Houston said it is “definitely being impacted” by the nurse shortage.

The Houston paper said an internal memo at Houston Methodist Hospital said it “is struggling with staffing as the numbers of our COVID-19 patients rise.”