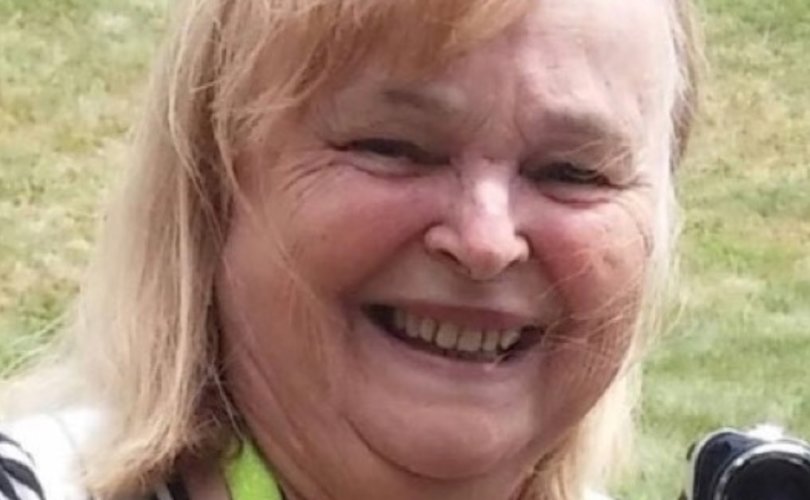 BURLINGTON, Massachusetts (LifeSiteNews) – A woman in hospital with COVID-19 and pneumonia says her doctors won’t treat her because she refuses to take an experimental jab.

74-year-old Janet Aldrich, who runs a freelance media operation from Hamilton, MA, is currently staying in Lahey Hospital & Medical Center in Burlington, MA, where she is seeking treatment for COVID-19 and pneumonia.

Aldrich received a treatment plan for her condition from America’s Frontline Doctors, a group dedicated to promoting truthful research about COVID-19 and the available remedies, yet Aldrich has said that the hospital is refusing to treat her after learning that she “made the informed consent choice not to receive the experimental shot [for COVID-19] that is being pushed so hard across mainstream media.”

Aldrich said that Lahey’s decision to withhold treatment, apparently owing to a COVID protocol at the hospital, is an act of “discrimination,” and that the hospital has become a “hostile environment” for her, where she is effectively “being held hostage and tortured.”

“I have thoroughly researched this subject, and I am confident that this is the best course of action to save my life at this time,” Aldrich said, before questioning the motives behind the decision to deny treatment.

She added that hospital staff forced her to take a COVID test against her will and that she did not want to be put onto a ventilator, a right that is protected under both Massachusetts and federal law. However, following Aldrich’s request, “it was put in my records that I was a DNR [do not resuscitate],” instructing medics not to administer cardiopulmonary resuscitation if Aldrich’s heart stops beating.

“It’s like they are out to kill me,” Aldrich said, explaining that neither she nor her son Mark Aldrich, who acts as her healthcare proxy, had ever expressed a wish for the DNR protocol to be applied.

— Article continues below Petition —
PETITION: Ban COVID vaccine mandates for schools and universities!
Show Petition Text
42837 have signed the petition.
Let's get to 45000!
Thank you for signing this petition!
Add your signature:
Show Petition Text

Under federal law, Lahey Hospital is also bound to ensure patients are “free from seclusion and restraints, of any form, imposed as a means of coercion, discipline, convenience, or retaliation by staff.”

However, reports now say that Aldrich has been placed in isolation, and that her family are being prevented from entering her room.

According to a press release from the Beacons of Light, Love, and Liberty, a group dedicated to “empowering education on liberty, truth and justice,” denying a patient treatment “goes against the Lahey Hospital’s own Patient Bill of Rights.” A “patient safety advocate” from the hospital told Beacons of LLL that COVID protocols put in place by the hospital “effect” patients’ rights “and the patient may not be in a state” to make healthcare decisions.

Pressed on whether Aldrich’s healthcare proxy, her son Mark, could weigh in on the matter, the hospital representative confirmed that “as long as the patient is still conscious,” they would not honor the proxy’s requests. Mark had asked that the hospital follow the treatment plan supplied by America’s Frontline Doctors, in line with his mother’s wishes.

Both Aldrich’s son Mark and sister Patricia Lefebvre travelled from Washington, D.C., to advocate on her behalf, but still Lahey Hospital has refused treatment. Consequently, the family are seeking an emergency injunction which would compel the doctors to follow Aldrich’s wishes and save her life.

The hospital has received many calls from individuals supporting Aldrich’s wish to be treated according to protocol given by America’s Frontline Doctors, and a protest has been organized outside the Burlington hospital on September 9 to this end. According to the press statement from Beacons of LLL, the hospital has changed Aldrich’s admission status to private, meaning that callers are being told that she is not a patient at the hospital.

LifeSiteNews contacted the hospital in Burlington to ask for confirmation that they had withheld treatment from Aldrich and to enquire what their reasons might be for that decision. A spokesperson told LifeSiteNews that they would not speak about a patient to someone who is not their healthcare proxy.

According to the U.S. Vaccine Adverse Event Reporting System database, 13,911 people have died in the days and weeks following a COVID-19 jab, around 48 percent of whom have been in the 65+ age bracket in which Aldrich finds herself.

America’s Frontline Doctors released a statement at the end of August, responding to widespread media censorship regarding cheap and effective medicines used to combat COVID-19, including “hydroxychloroquine, ivermectin, zinc, vitamins and antibiotics.”

The doctors said that “vaccines will not protect you from Delta and future variants, and have serious side effects, including death,” while acknowledging that early treatment is known to prevent hospitalization, mechanical ventilation, and death.

“[I]t is well known that early treatment works but this truth continues to be frantically suppressed by the dishonest American media,” the group said.