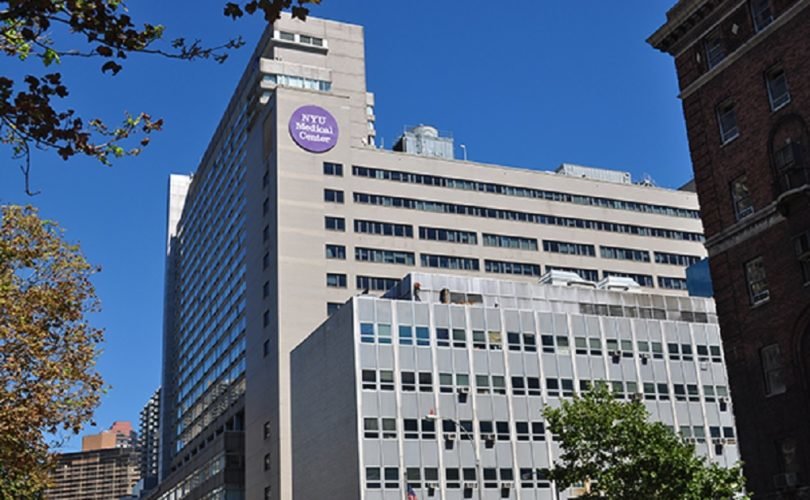 NEW YORK CITY, November 2, 2015 (LifeSiteNews) – Seven-year-old Noelia Echavarria choked at school and was found unconscious on the floor at Public School 250. New York University (NYU) Langone Medical Center took Noelia in and tried to save her for four days.

Her family says both hospitals have given up on Noelia, and too soon. They believe she has a chance to live if taken to New York-Presbyterian. “We know the school failed her, but now we want to make sure we are doing everything we can do give her a chance to survive,” Yesenia Ruiz, Noelia's cousin, said.

Noelia's family says NYU is pushing them to take Noelia off her ventilator, which they don't want to do yet. “She has so much more to do,” Noelia's grandfather, Noel Santiago, pleaded. “Let's try to save this little life.”

Bobby Schindler of the Terri Schiavo Life and Hope Network explained to LifeSiteNews, “We see this as a growing problem in our nation, where hospitals are not only quick to make these types of hopeless diagnoses, but are also denying the family their medical rights as advocates.”

Schindler's sister, Terri Schiavo, had a heart attack in 1990, and after two months in a coma, she was diagnosed a “vegetable” (i.e., in a “persistent vegetative state”). Her husband Michael sued to starve her by removing her feeding tube, but her parents and family said Terri showed definite signs of consciousness.

It took Terri 13 days to starve to death.

“Today more than ever, we must educate ourselves when it comes to our rights as patients,” Schindler told LifeSiteNews. “Especially in the situations like Noelia Echavarria, where the parents have every right to look out for their daughter's best interest before making any decision that could possibly jeopardize her future or impact her family or others who someday may find themselves in similar situations.”

Noelia's family is also upset because of the callousness of hospital staff. “The doctors at NYU have no heart, no sympathy,” Ruiz said. “What about empathy? What happened to her was a catastrophe.”

This baby was declared brain-dead. But when they turned off the ventilator…
Texas boy breathing on his own after hospital tried to have him declared ‘brain dead’ against parents’ wishes