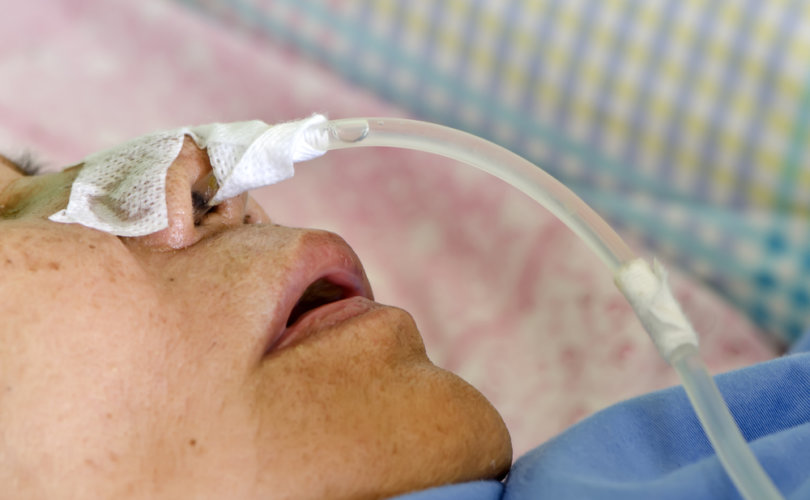 LONDON, Ontario, May 5, 2017 (LifeSiteNews) — For most of the callers to a year-old helpline dealing with issues faced by people nearing death, “pain is not the problem,” reports Compassionate Community Care spokesman Alex Schadenberg.

Pain is the issue often raised by euthanasia advocates, but not by those who actually want euthanasia or their families seeking advice from the helpline, Schadenberg told LifeSiteNews.

Friends and family members of people nearing death say their loved ones are not in immediate pain. “Whether or not to continue treatment, whether not to stop providing fluid or food,” are the questions they bring to the phone, especially those with power of attorney, said Schadenberg.

Callers to the helpline say “fear of future pain is an issue, as is fear of being a burden, and of having no purpose” for friends or kin approaching death. As well, there is fear of dying alone.

Sometimes the callers’ sick or dying friends want euthanasia. Sometimes the next of kin face decisions that look like they’re for euthanasia. Medical staff, for example, want to cut off food and fluid. Schadenberg said this would be appropriate for a person truly on the brink of death, whose organs are shutting down and can neither digest food nor process fluids. Death is just a day away.

He said he has dealt with such situations by asking for details about the person’s condition. “I told one person to sit with her friend for a while. I said she would be able to tell if her friend was dying.” That person got back to Schadenberg to say she had indeed been able to determine her friend was not dying, and would not be well served by having her food and fluids taken away.

Most of the callers are opposed to euthanasia. Faced with a friend who wants it, the helpline advises them to offer reassurances. “Tell them they are important, they are worthwhile. They won’t be alone. They don’t deserve to die by lethal injection.”

In such cases, Schadenberg told LifeSiteNews, “The law gives us no rights. The doctor or nurse practitioner have all the power. They determine if the criteria in the euthanasia law have been met.” (i.e., a person’s death is “reasonably foreseeable,” he or she is in an “advanced state of decline,” enduring “intolerable pain” and capable of consent). “

“The only thing we can do is urge the person to show love and support,”  he said.