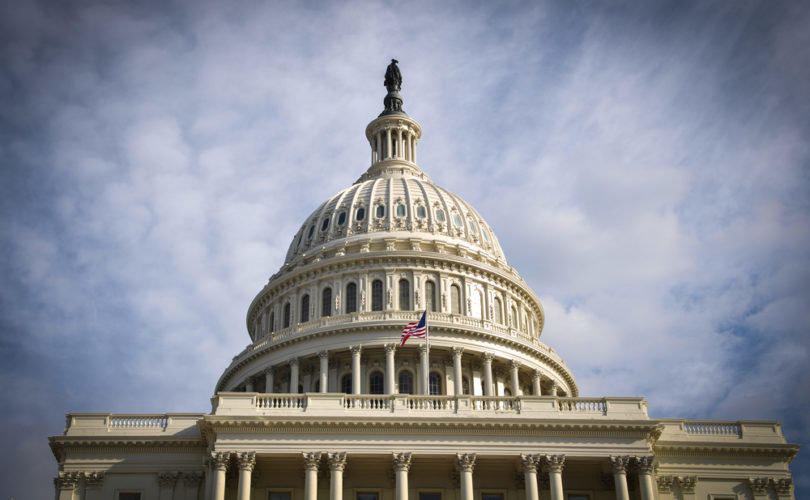 A majority of Republican members of the House and Senate voted to continue funding for the Affordable Care Act (ACA) and Planned Parenthood until December 11, just days after a watchdog agency found that the ACA is illegally funding abortions.

The CR, which funds the federal government until December 11, is intended to allow both parties to avoid tough votes on the budget until after the November mid-term elections. Democrats hope to maintain their control of the Senate, while Republicans want to take Congress' upper chamber for the last two years of President Obama's second term.

The CR allows funding for Planned Parenthood, the nation's largest abortion provider, to continue. In 2013, Planned Parenthood received $540 million from state and federal tax coffers, according to its annual report.

And it funds the ACA completely, despite a recent Government Accountability Report (GAO) showing that more than 1,000 ACA insurance plans illegally fund abortions.

The measure required significant Democratic support to get through the House, in order to avoid a partial government shutdown on October 1. CNS News reports that Speaker John Boehner, R-OH, and Minority Leader Nancy Pelosi, D-CA, joined forces to push the bill through their chamber.

Despite supporting measures the Republican base and many members oppose, GOP leaders do not seem concerned about challenges to their positions after Election Day. In the House, Boehner's team is expected to easily retain power in 2015, reports Politico, and should he win his race in November, Senate Minority Leader Mitch McConnell is expected to lead Republicans through Obama's final years in office.