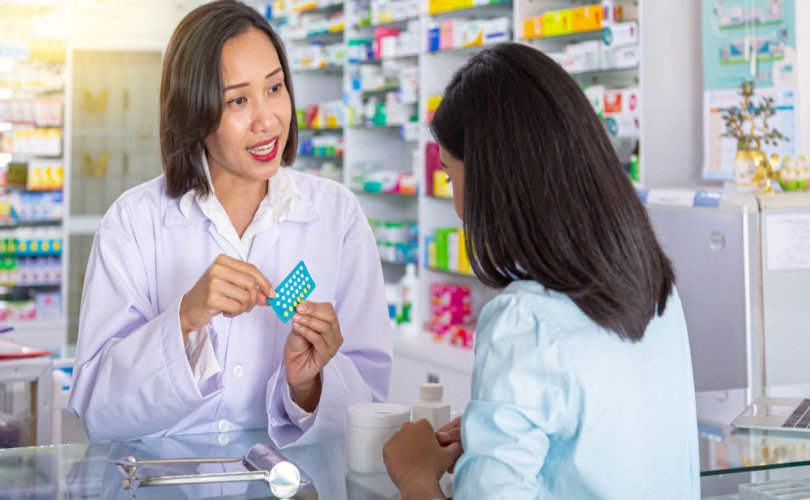 WASHINGTON, D.C. (LifeSiteNews) – The House approved a bill Thursday to protect access to contraception in response to U.S. Supreme Court Justice Clarence Thomas’ opinion in Dobbs v. Jackson Women’s Health last month in which he stated that the Court should reconsider its ruling in Griswold v. Connecticut, which declared contraception a “right.”

The House passed H.B. 8373 by a 228-195 roll-call vote. While the vote was primarily along party lines, eight Republicans joined the Democrats and two voted present. The bill, called the Right to Contraception Act, was sponsored by about 150 Democrats.

Provisions of the bill ensure the ability of medical professionals to prescribe contraceptive pills, devices, and sterilization procedures. The bill also allows for civil suits to be filed against states and state officials that violate its provisions.

The bill also states that “providers’ refusals to offer contraceptives and information related to contraception based on their own personal beliefs impede patients from obtaining their preferred method.”

The bill follows remarks Thomas made in his opinion in Dobbs v. Jackson. Thomas, commenting on Roe’s misuse of the Due Process Clause of the Constitution, stated that the Court should consider other Due Process cases.

“The Court well explains why, under our substantive due process precedents, the purported right to abortion is not a form of ‘liberty protected by the Due Process Clause,’” Justice Thomas wrote. “For that reason, in future cases, we should reconsider all of this Court’s substantive due process precedents, including Griswold, Lawrence, and Obergefell,” Thomas wrote. The Court ruled in Griswold that states could not prohibit the use of contraceptives.

While the bill does not mandate contraception, critics hold that its broad language could pose a threat to religious liberty. Republican Rep. Cathy McMorris Rodgers noted that the bill “would force health providers to violate their religion and sincerely held beliefs to provide contraception and perform sterilizations, including on minors.”