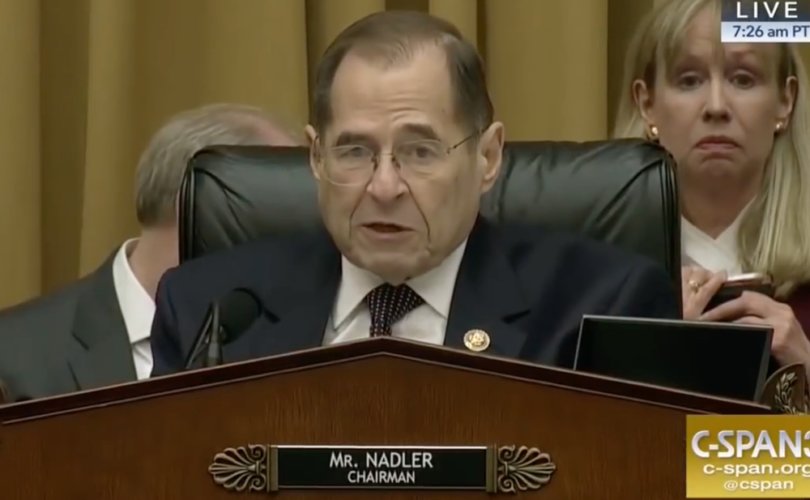 ABC News reports that House Judiciary Committee Chairman Jerrod Nadler’s (D-NY) Judiciary Act of 2021 would formally expand the number of Supreme Court seats from nine to thirteen. It would give the president who signed it (presumably President Joe Biden) the opportunity to instantly and dramatically skew the Supreme Court majority in his party’s favor.

President Franklin D. Roosevelt famously attempted to pack the court in hopes of stopping it from striking down his New Deal economic policies. Modern Democrats and their supporters have called for doing the same upon regaining power, particularly as a response to the confirmation of former President Donald Trump’s third Supreme Court nominee, Judge Amy Coney Barrett.

Nadler claimed his bill would “restore balance to the nation’s highest court after four years of norm-breaking actions by Republicans led to its current composition.” For years, Democrats have claimed it was illegitimate for Senate Republicans to leave vacant the seat of Justice Antonin Scalia, who died near the end of Barack Obama’s presidency, until after the 2016 election, in which Trump won and went on to nominate Justice Neil Gorsuch.

“Republicans stole the Court’s majority, with Justice Amy Coney Barrett’s confirmation completing their crime spree,” added Sen. Ed Markey (D-MA). Gorsuch, Barrett, and Justice Brett Kavanaugh were all lawfully nominated by Trump and confirmed by the Senate as required by the U.S. Constitution.

However, just hours after her Democrat colleagues introduced the bill, Democrat Speaker of the House Nancy Pelosi said she does not support the measure and will not bring it up for a vote on the House floor, Axios reports.

“I don't know if [court packing is] a good idea or a bad idea,” she said. “I think it's an idea that should be considered and I think the president's taking the right approach to have a commission to study such a thing.”

Throughout the 2020 presidential campaign, Biden refused to answer whether he would support the unpopular, politically-charged proposal. Biden eventually attempted to resolve the issue by instead promising to appoint a commission to study it and other ideas, and last week announced what he called a “bipartisan group of experts on the Court and the Court reform debate.”

The body will include “former federal judges and practitioners who have appeared before the Court, as well as advocates for the reform of democratic institutions and of the administration of justice.” Among the names are Yale immigration law professor Cristina Rodriguez, former Obama administration attorneys Bob Bauer and Kate Andreas, and former NARAL legal director Carolien Fredrickson. NARAL is one of America’s major abortion lobby groups.

“When pro-abortion Democrats experience losses, they dismantle sustaining American institutions rather than work within them, in the ingenious way the Founders provided,” commented Marjorie Dannenfelser, President of the Susan B. Anthony List. “There is no rule they won’t violate or rewrite in their drive to impose their abortion agenda before the 2022 midterm elections, no matter the collateral damage to our nation.”

“Unanswerable to the electorate, the Supreme Court has already overstepped too often to legislate and impose policy on issues like abortion – not resolving debate but deepening it. The answer is not to further politicize the coequal judicial branch. After announcing a commission to ‘study’ the idea of altering the Court, President Biden’s allies in Congress have revealed their shared intention to impose a radical agenda on the American people regardless of consequences,” she added.