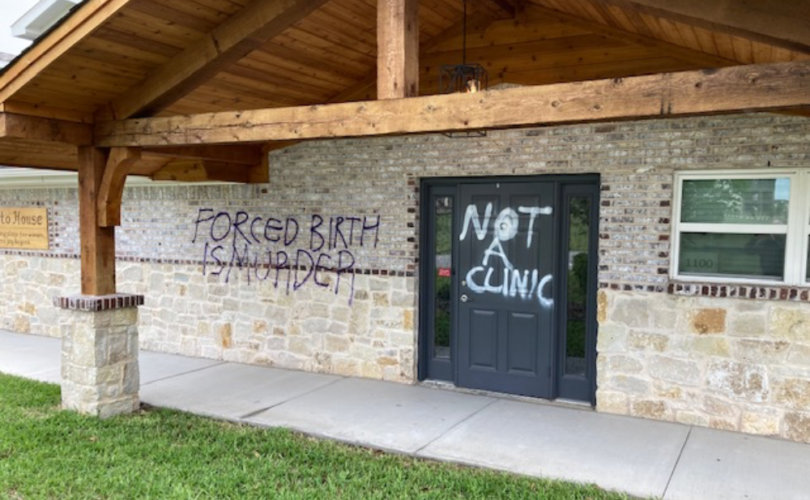 WASHINGTON, D.C. (LifeSiteNews) — House Democrats refused to consider a resolution condemning the ongoing violence against churches and pregnancy centers across the country.

On Tuesday, Democrats unanimously voted to block House Resolution 1233, which called “upon the Biden Administration to use all appropriate law enforcement authorities to uphold public safety and to protect the rights of pro-life facilities, groups, and churches.”

“This has gotten out of hand,” Republican U.S. Rep. Mike Johnson of Louisiana, who introduced the measure, said on the House floor. “Radical leftists were emboldened by the inaction of this body in the aftermath of the leaked opinion, and now they’ve targeted their violence against the very groups that care for women and their unborn children in their most vulnerable moments. It’s unconscionable.”

“This goes on and on,” Johnson said. “I’ve got pages and pages of these. It’s out of control.”

“America’s care pregnancy centers provide absolutely essential services in all 50 states,” he continued. “They serve millions of women every year. They’re supported by over 10,000 medical professionals.”

“When will this body stand up against the mob? When will we restore law and order?” he asked. “Our side is ready to act. We have an obligation and responsibility to do it.”

Susan B. Anthony Pro-Life America condemned Democrat leaders for blocking the resolution, “By remaining silent on these attacks, Democrats are pouring fuel on the fire and encouraging more threats and violence.”

By remaining silent on these attacks, Democrats are pouring fuel on the fire & encouraging more threats & violence. pic.twitter.com/viYMA8pH6h

Acts of vandalism and arson began escalating after news of the leaked draft report in May that could overturn Roe v. Wade. Pro-abortion radical group Jane’s Revenge has claimed responsibility for attacks against pro-life organizations and churches across America.

There have been over 20 attacks on pregnancy centers across the U.S. A Catholic advocacy group launched a map showing 140 attacks on Catholic churches as anti-Catholic violence increases across America.

Last week, pro-abortion activists defaced the doors of St. Bernard Catholic Church in Madison, Wisconsin as abortions ceased in the state after the reversal of Roe v. Wade.

The violence appears to have no clear end in sight, with the Department of Homeland Security predicting terrorist attacks could continue “for weeks.”