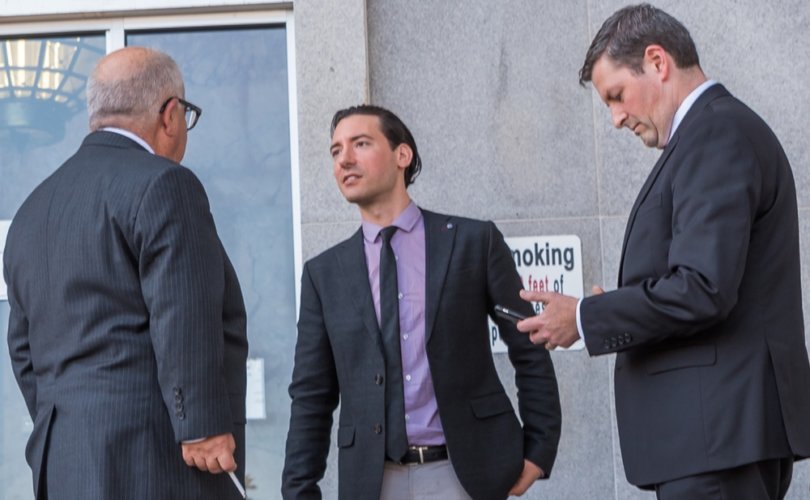 WASHINGTON, D.C., August 21, 2015 (LifeSiteNews) – Democrats in the House of Representatives have started to investigate the pro-life organization behind a series of explosive videos exposing Planned Parenthood’s practice of harvesting and selling the body parts of abortd babies.

The investigation counters a separate investigation launched by Republicans into the abortion giant, and whether it is breaking the law by profiting from the sale of fetal tissue.

At stake is the $500 million a year in taxpayer funding that ends up in the coffers of the country’s largest abortion operation.

Rep. Elijah Cummings, the ranking Democrat on the House Committee on Oversight and Government Reform has written David Daleiden, the CEO of the Center for Medical Progress. The letter warns him he may be called to testify about his undercover video operation against Planned Parenthood, if Republican committee members proceed with plans to investigate whether Planned Parenthood spent federal funds while breaking laws against trafficking in human parts.

But observers such as The Hill, a political website, say Cummings was really warning those same Republicans to back off from investigating the abortion giant.

In a classic Congressional tit-for-tat, The Hill reported, “Cummings warned that if Republican leaders of the committee decide to hold hearings on Planned Parenthood, he will ask Daleiden to testify. ‘Any legitimate and balanced congressional investigation must also address your group's role in these activities,’ Cummings wrote.”

As well, Cummings alleges the Center for Medical Progress raised funds for its undercover work by misrepresenting itself to the Internal Revenue Service as a “non-profit organization dedicated to informing both the lay public and the scientific community about the latest developments in regenerative medicine.”

Finally, Cummings implies he will also be going after Republican members of Congress who allegedly were forewarned of the videos’ release, though for what crime he doesn’t state.

Cummings therefore asks Daleiden “to help the Committee understand the Center for Progress’s activities,” by submitting detailed financial reports on both its expenditures and donations, including “the sources of the donations,” and, later in the letter, “the 50 largest sources of funding…and the identities of the individuals or entities responsible for this funding.”

Four states have announced plans to defund Planned Parenthood: Alabama, Louisiana, Utah, and Arkansas. Nearly a dozen have launched investigations into the organization; some of these inquiries have ended after finding no wrongdoing, since Planned Parenthood doesn’t participate in fetal tissue donation in those states.