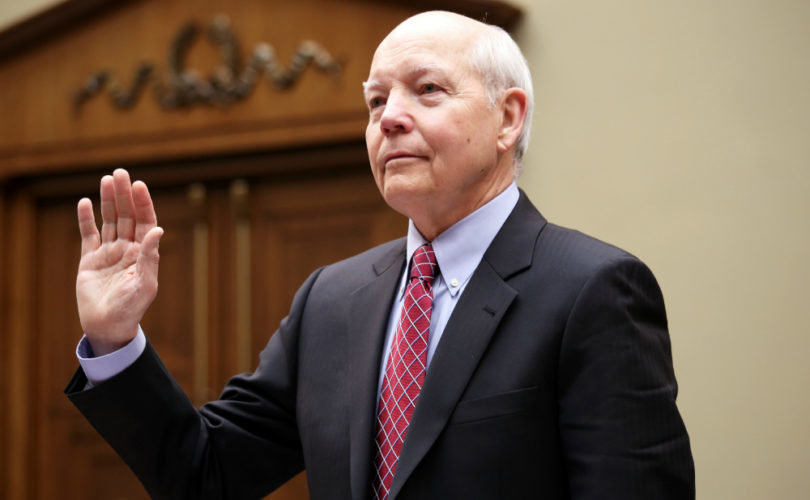 Earlier today, in a 60-page resolution, House Oversight & Government Reform Committee Chairman Jason Chaffetz, R-UT, and 18 other committee members accused Koskinen of “high crimes and misdemeanors” during his time at the head of the federal tax agency.

“Commissioner Koskinen violated the public trust,” Chaffetz said in a statement. “He failed to comply with a congressionally issued subpoena, documents were destroyed on his watch, and the public was consistently misled. Impeachment is the appropriate tool to restore public confidence in the IRS and to protect the institutional interests of Congress.”

Many conservatives believe the IRS' targeting cost pro-life and fiscally conservative candidates elections in 2012. The scandal broke in the spring of 2013, but was exacerbated as Lerner's e-mails were considered lost, then subsequently destroyed. The IRS agent was also allowed to retire with a full pension, and an Obama donor was named as one of the special investigators of the scandal.

An Oversight Committee press release says Koskinen “violated the public trust” by not complying with a subpoena, which ended with the erasure of “as many as 24,000 of Lois Lerner's e-mails.”

Koskinen is also accused of keeping Congress in the dark about Lerner's e-mails, even as “the White House and the Treasury Department were notified” that e-mails had been erased.

FBI: IRS didn’t break the law when it targeted conservatives