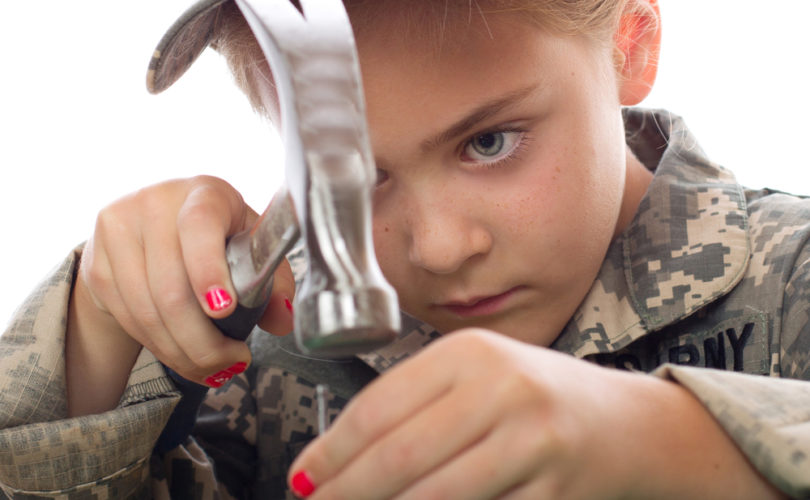 WASHINGTON, D.C., May 1, 2015 (LifeSiteNews.com) – The House's version of the National Defense Authorization Act (NDAA) will help mainstream transgender acceptance in the military and force taxpayers to underwrite more contraception for female service members.

In a press release, Rep. Jackie Speier announced that the Republican-dominated House had included 11 sexual assault-related amendments introduced by the California Democrat. Additionally, Speier said, the House included two amendments to expand access to contraception and one amendment to allow veterans to legally change their gender after leaving service.

The transgender measure “would allow a trans[gender] veteran to update their discharge papers to reflect their new name following a change in gender identity or expression,” the release said.

Speier said the contraceptive measures would provide “equal access to medical coverage.” One amendment requires military treatment facilities “to have a sufficient stock of a broad array of…contraception methods available for pickup,” while the other would allow women to “bring sufficient medication with them when they deploy.”

According to Speier, the latter measure would be “a simple solution” to how “recent studies have shown that women in the military have a 50 percent higher rate of unplanned pregnancy than the general population.”

The Congresswoman did not mention abstinence as an option for avoiding pregnancy.

Speier has made homosexual and transgender issues a top priority while in office. She recently reintroduced a bill that, if signed into law, would encourage states to ban reparative therapy for minors. She has also said a bill fully banning such therapy is under consideration.

Her office told LifeSiteNews that any taxpayer costs associated with the NDAA bill's contraceptive amendments were minimal. “Everything we submitted to the NDAA had to be budget-neutral according to the CBO, meaning it had to cost nothing or we had to find an offset,” her office said. “The CBO considers costs below a certain amount negligible and does not score them, which means we don’t have a precise amount, but it’s officially not enough to count as costing anything.”