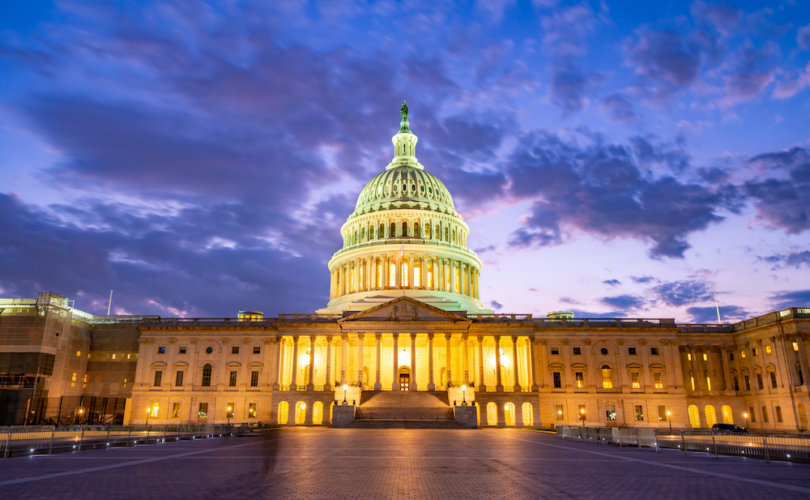 WASHINGTON (LifeSiteNews) – The House of Representatives overwhelmingly passed a bill on Tuesday to expand government vaccination databases with support from dozens of Republican congressmen.

HR 550 specifically taps the Centers for Disease Control and Prevention (CDC) and public health departments to strengthen data systems used to collect information on Americans’ vaccination history. The bill directs the Secretary of Health and Human Services to “expand, enhance, and improve immunization information systems that are administered by health departments or other agencies … and used by health care providers.”

An “immunization information system” is defined in the bill as “a confidential, population-based, computerized database that records immunization doses administered by any health care provider to persons within the geographic area covered by that database.”

Her statement noted that the kind of immunization systems funded by HR 550 could be even deployed to “remind patients when they are due for a recommended vaccine, and identify areas with low vaccination rates to ensure equitable distribution of vaccines.”

Kuster introduced the bill earlier this year with Republican Rep. Larry Bucshon, who represents Indiana’s eighth district. A press release from Bucshon in January boasted that the act would “bolster and quicken our nationwide vaccine rollout” by increasing information-sharing between state and federal governments and public and private health care providers.

All House Democrats voted for the bill, except for six who abstained, sending it to the Democrat-controlled Senate with the backing of 80 Republican colleagues.

There were 130 Republicans who voted against the measure, including Rep. Mary Miller of Illinois, who told Breitbart that Kuster and Bucshon’s bill would serve to enforce “Biden’s crazy ‘global vaccination’ vision” and “Orwellian rules” for the unvaccinated.

“These systems are designed to allow for the sharing of crucial information and maintenance of records. Do we really trust the government to protect our medical records?” she asked. “The bill’s author even bragged in her press release that these systems will help the government remind patients when they are due for a recommended vaccine and identify areas with low vaccination rates to ensure equitable distribution of vaccines. This was clearly a legislative tool to enforce vaccine mandates and force their Orwellian rules onto those who do not comply.”

“This bill would allow the government to collect, study, and share your private health data. There are endless ways the government could potentially use that information against you,” Miller said.

Miller also warned that HR 550 could ultimately funnel millions of dollars of taxpayer funding to Democrat-led states to help them implement vaccine mandates.

Any entity that applies for grants under the bill must agree to data collection standards dictated by the CDC.

Congress’s new efforts to ramp up vaccination surveillance come as the Biden administration continues to push tens of millions of Americans to get the experimental COVID-19 vaccine or forfeit their jobs.

The administration has faced several recent setbacks in court, however, with its vaccination mandates for private businesses, federal contractors, and healthcare workers all being temporarily blocked by federal judges in the past month.