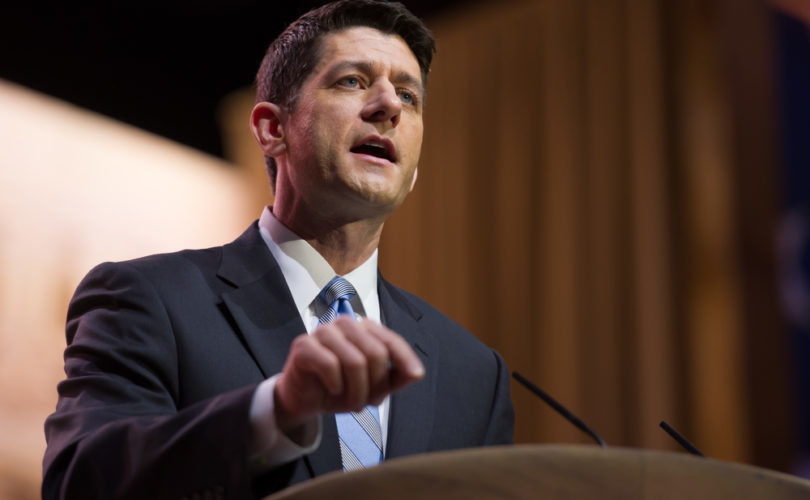 The new vote is unlikely to succeed; the House needs 50 votes more than the 240 its effort got early this month, and the Senate was unable to get 60 votes in its December vote, six fewer than the 67 needed to override a veto. However, Ryan said the measure, which also repeals part of the Affordable Care Act, is “taking [the bill] all the way through the end of the constitutional process and declaring our position versus [Obama's].”

Despite the low likelihood of success, a number of pro-life leaders have attempted to raise attention to the override effort. On January 13, former House Speaker Newt Gingrich and two pro-life Members of Congress — Rep. Trent Franks, R-AZ, and Senator James Lankford, R-OK — held a pastor call “to discuss the urgent matter of protecting unborn life by ending the federal funding of Planned Parenthood.”

Likewise, in an e-mail to supporters, Live Action's Lila Rose urged pro-life advocates to call Members of Congress to vote for the override measure. And Concerned Women for America's Penny Nance, said that the fight over the pro-life legislation “has shone a light on our future and the importance of electing a pro-life president.”