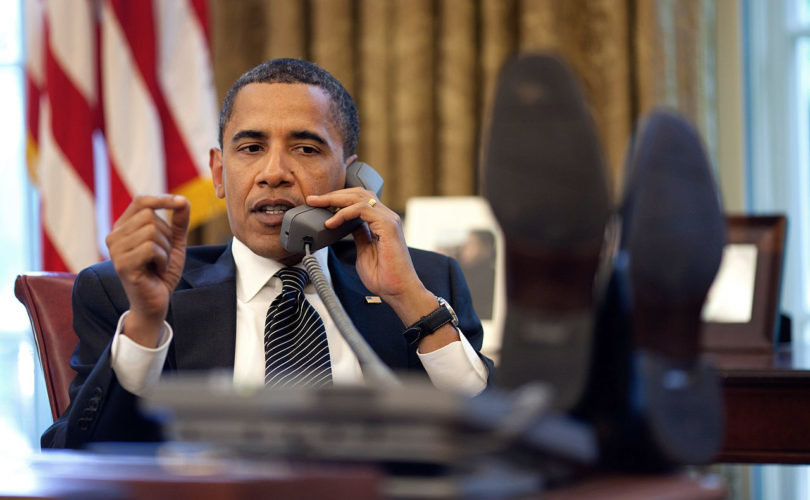 And while President Obama is expected to veto the legislation, Republicans are declaring victory and a campaign promise upheld. The vote was 240-181 along partisan lines.

“Many of my constituents have told me, ‘We gave you the House majority in 2010, what have you done? We gave you the Senate majority in 2014, what have you done? Why can’t you get something to the President’s desk,’” said Illinois Rep. John Shimkus on the House floor shortly before the vote. “Well today we do. We send a bill to the President’s desk that repeals Obamacare and defunds Planned Parenthood. And it’s about time.”

The bill used reconciliation to get through the Senate without facing a Democratic filibuster. It pulls 80 percent of Planned Parenthood's federal funding and shifts it to federally qualified health centers, many of which offer the same screenings, contraceptives, and other services supplied by Planned Parenthood supplies. However, none of them conduct abortions.

Pro-life leaders outside of Congress were also pleased. “We applaud the United States Congress for putting the bill to defund Planned Parenthood on the President’s desk,” said Jeanne Mancini, President of the March for Life Education and Defense Fund. “The decision to continue using taxpayer money to fund the abortion industry now rests with President Barack Obama and Planned Parenthood.”

“This historic vote recognizes the many issues of a scandal-plagued organization with a long track record of abusive and potentially fraudulent billing practices, caught in authenticated undercover videos trafficking aborted babies’ body parts, and that has repeatedly failed to report the sexual abuse of girls,” said Alliance Defending Freedom's Casey Mattox. “For the first time, a bill will reach the president’s desk that will end taxpayer subsidies of an abortion business that has enjoyed nearly a billion dollars in profits over the last decade while taking more than $4 billion from American taxpayers.”

Live Action president Lila Rose said, “It’s no surprise that President Obama has threatened to veto this bill, as Planned Parenthood spent over $12 million to re-elect him in 2012. We urge the president to acknowledge the extensive evidence that shows Planned Parenthood covering up sex trafficking and the sexual abuse of minors, misleading women about the complications of abortion procedures, harvesting baby parts, and promoting race- and sex-selective abortions.”

Defunding Planned Parenthood might be a top priority of the pro-life movement in 2017, but electoral politics may make accomplishing the goal difficult. Not only is the 2016 presidential election wide open, but Republicans are defending 24 seats in the U.S. Senate, compared to just 10 for Democrats.

Even if Republicans win the White House and keep both chambers of Congress, reconciliation requires 51 votes for passage. Last year, several Senate Republicans voted against their colleagues in the upper chamber's reconciliation vote, leading to a close vote for the GOP to pass the bill through the Senate.

1
Communications expert explains how to break through to people who won’t question COVID narrative
2
Abp. Viganò: World Health Organization treaty is an attack on national sovereignty, part of a ‘global coup’
3
‘You’re a criminal’: Justin Trudeau heckled by Indigenous protesters in British Columbia
4
State Farm backtracks after getting caught promoting LGBT books to 5-year-olds
5
Pro-abortion activists in DC call for killing infants until moment of birth
Subscribe to Daily Headlines »