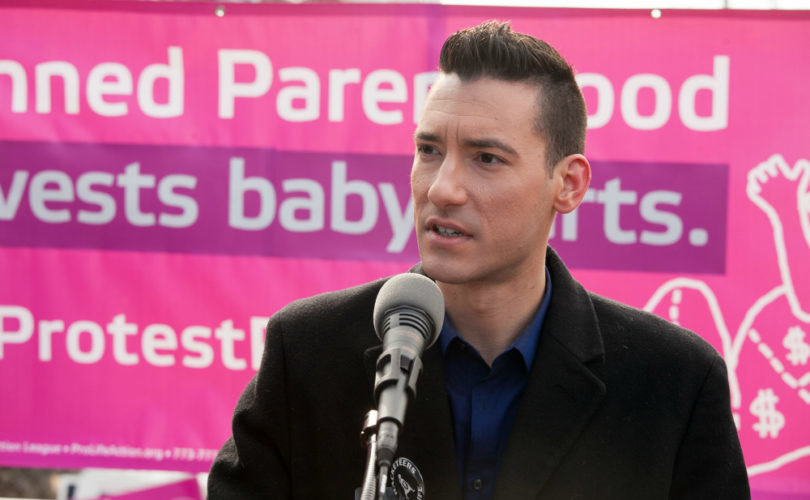 Planned Parenthood Gulf Coast (PPGC), based in Houston, joined a lawsuit against the pro-life investigators who released undercover footage showing abortion officials – including some in Houston – discussing the harvesting and sale of human organs.

“Extreme anti-abortion politicians who want to ban abortion have invoked these lies to fuel their efforts to pass extreme restrictions on access to reproductive health care,” said PPGC President Melaney Linton in a press statement. “Even after David Daleiden has been indicted on a felony charge and these videos have been thoroughly discredited, women are still facing devastating consequences from these smear videos.”

“These extreme anti-abortion activists acted illegally and then spread lies about our care,” Linton said.

The fifth undercover Planned Parenthood video released by CMP investigators caught PPGC Director of Research Melissa Farrell seemingly agreeing to alter the abortion process without any medical necessity, as well as discussing how it would be “exciting” to dissect a human being.

Farrell said she would be willing to personally dissect the often “intact” babies. “I know it’s sickening on some level, but it’s fun,” she said.

After the videos provoked a national backlash and numerous state and federal investigations – including a select House panel that is still investigating – the Planned Parenthood Federation of America and numerous affiliates in California and Colorado sued CMP investigators in January.

The affiliates' legal complaint – amended today – calls the pro-life group a “complex criminal enterprise conceived and executed by anti-abortion extremists,” which is engaged in “large-scale illegal taping” intended “to demonize Planned Parenthood” and its “dedicated staff” with the ultimate aim of “interfering with women’s access to legal abortion.”

They charge the investigators with transgressing numerous state and federal laws such as obtaining and using false identification, as well as allegedly violating the Federal Racketeering and Corrupt Organization (RICO) Act – a law designed to prosecute the Mafia.

The lawsuit seeks compensatory and punitive damages against CMP and many of its leaders individually – including David Daleiden, Sandra Merritt, CMP Board Member Troy Newman, three others by name, and “unknown co-conspirators.”

The lawsuit calls the final video footage released by CMP “heavily manipulated,” an allegation contradicted by reports filed by both sides of the abortion debate. Planned Parenthood paid for a study conducted by Fusion GPS, a D.C.-based opposition research firm linked to the Democratic Party, which concluded that CMP's edits “removed likely irrelevant content” from the videos. An analysis conducted by Coalfire and paid for by the Alliance Defending Freedom, concluded, “The video recordings are authentic and show no evidence of manipulation or editing.”

The original civil lawsuit came just weeks before a Houston-area grand jury, empaneled to investigate charges against PPGC, indicted Daleiden and Merritt for using a false ID and trying to purchase human organs. If convicted, they could face 20 years in prison and a $10,000 fine.

In a matter of days, more than 123,000 LifeSiteNews readers signed a petition asking that all charges against the CMP investigators be dropped.