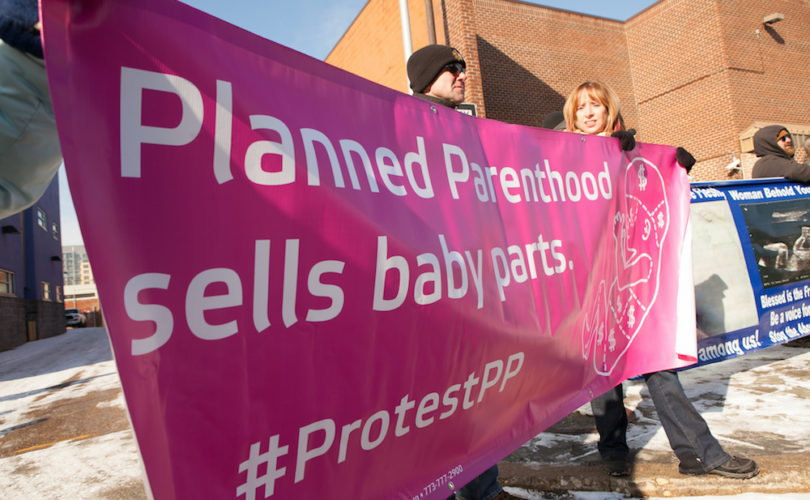 HOUSTON, January 28, 2016 (LifeSiteNews) – The indictment of two undercover investigators for using a fake ID is the work of a “runaway jury,” and the charges should be dismissed at once, their lawyers said yesterday.

“How many of us have used a fictitious driver's license to buy beer?” asked Terry Yates, a Texas attorney assisting the legal case. “Can you imagine every kid that did that being charged with a second-degree felony?”

“We believe this is a runaway grand jury that has acted contrary to the law,” said Jerry Woodfill, a Houston legal counsel involved in the case, during a press conference yesterday afternoon.

The Harris County grand jury ignored evidence that Planned Parenthood Gulf Coast (PPGC), which is based in Houston, agreed on camera to sell aborted babies' body parts but instead indicted the investigators who made the films.

“Instead of indicting the wrongdoers here, the organization trafficking in baby body parts, they’ve gone after the whistleblower,” said Woodfill, a former chairman of the county Republican Party who led the successful campaign to repeal the city's transgender bathroom ordinance last November.

Such charges won't withstand scrutiny, his legal team told LifeSiteNews exclusively yesterday. “These charges should be dismissed at the first opportunity,” Peter Breen of the Thomas More Society told LifeSiteNews. Otherwise, he is confident his team will “win all of the legal options that have been brought against David and the Center for Medical Progress across the country.”

In addition to the felony charge of using false identification, the duo are charged with a misdemeanor for attempting to purchase human body parts – something Yates called “ridiculous,” because CMP “never was going to actually purchase them.”

“They were intending to expose the truth,” Woodfill added.

The governor of Texas, Greg Abbott, amplified those comments, as well, telling local media, “They had no intent to commit a crime. They had the intent to reveal criminal activity that has allegedly being under taken by Planned Parenthood.”

Harris County District Attorney Devon Anderson's office has sent mixed signals. Her spokesman raised the possibility of dropping the charges, while Anderson said in a video comment that Daleiden and Merritt “will have their day in court.”

Gov. Abbott added that the final decision in Harris County would affect his state investigation into Planned Parenthood's alleged human organ trafficking “not at all.”