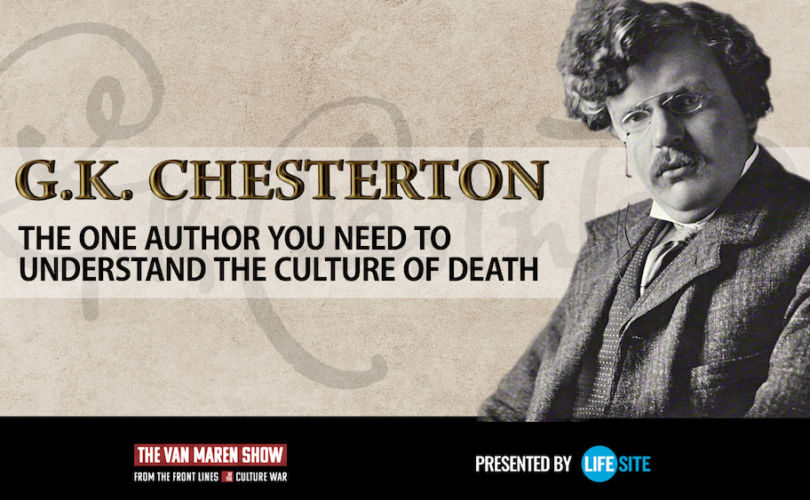 November 13, 2019 (LifeSiteNews) – On today’s episode of The Van Maren Show, Jonathon Van Maren speaks with Dale Ahlquist, the president and co-founder of the American Chesterton Society. Ahlquist has written, edited, or contributed to an enormous number of books on the English author and philosopher G.K. Chesterton. He also runs a series of schools called Chesterton Academies.

Van Maren and Ahlquist delve into Chesterton’s life, writings, and philosophies. They discuss how we can apply Chesterton’s writings to our everyday lives, while encouraging everyone to study his writings.

G.K. Chesterton is a famous writer from the early 20th century. During his time, he was one of the most prolific writers who ever lived. He wrote about everything from theology, to philosophy, to politics, poetry, art, and literary criticism. He even wrote detective stories.

Chesterton wasn’t well-known for the breadth of his work, something Ahlquist associates with simply how much he wrote. “If he’d written less, he’d probably be more popular and more studied,” Ahlquist tells Van Maren.

Ahlquist encourages everyone, especially young people, to read Chesterton. Ahlquist recommends beginning with his own books, Apostle of Common Sense and Common Sense 101: Lessons from G.K. Chesterton, as an introduction to Chesterton’s work.