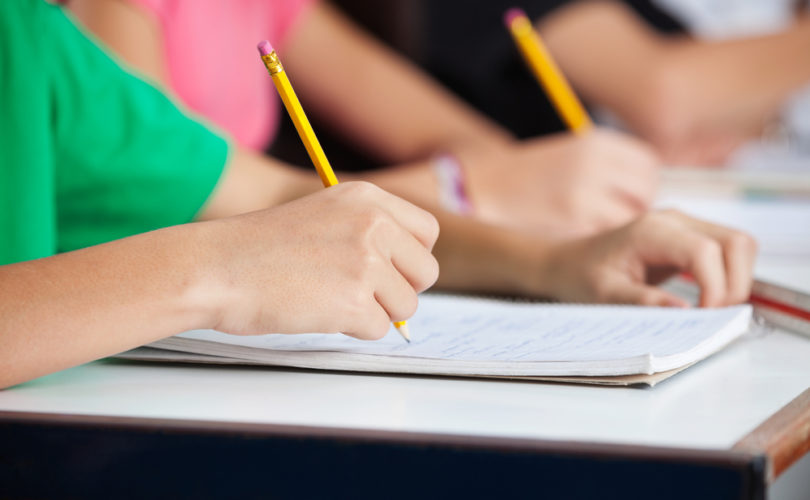 After being hauled into arbitration by the Human Rights Commission in British Columbia, Catholic Independent Schools of the Vancouver Archdiocese (CISVA) has developed a policy to deal with students experiencing gender disorder.

The policy was published Wednesday afternoon along with a press release jointly issued by the Catholic school system and the parents of a ‘transgendered’ 11-year-old who filed a human rights complaint against the archdiocesan school system.  The parents were represented in the case by one of Canada’s best-known homosexual activist lawyers — barbara findlay, who insists her name be spelled without capitals.

At first glance the news seems like a clear victory for the brave new world of sexual orientation activists over the Catholic Church, as has happened in various Canadian jurisdictions.  The new policy allows for accommodating the chosen name of the student, the dress code he or she must follow, use of bathroom facilities, and more.

However, upon closer examination the Vancouver policy is very interesting indeed because it clearly strives to remain faithful to Catholic teaching.  LifeSiteNews spoke with CISVA Superintendent Doug Lauson about the policy.

First, Lauson said, the policy notes that what it is addressing is a specific gender condition known as “gender dysphoria,” which is catalogued in the Diagnostic and Statistical Manual of Mental Disorders of the American Psychiatric Association.

Defined in a footnote of the policy, gender dysphoria is “marked incongruence between one’s experienced/expressed gender and assigned gender, of at least 6 months’ duration … associated with clinically significant distress or impairment in social, school, or other important areas of function.”

Relieving that stress by accommodating the student in various ways is the point of the policy.  In a letter to Catholic schools and educational leaders in the system, Lauson notes, “Research shows that a high percentage of these boys and girls (73-88%) return to their biological gender by adulthood.”

However, the policy also states: “The Catholic Church teaches that gender is given by God and that the body reveals the divine plan” and as such, “humans are not free to choose or change their sexual identity.”

While the policy does say that the Catholic school system will provide training for all teachers and staff with respect to “gender dysphoria and gender expression,” it stresses that that training will be “consistent with the Catholic faith.”

It adds that any materials used in the process “should be pre-approved by the Archbishop.”

Michelle Wilson, the mother of the child at the center of the controversy, told LifeSiteNews that while she is pleased with the accommodations being made, the changes would not have satisfied her enough to have her child remain in the Catholic school. “They don’t believe our daughter is our daughter so we wouldn’t go back,” she said.

Wilson said she was happy with how the Catholic officials came to the table and asked for her input. “It’s a really good start,” she said, but “they have limitations based on their faith.”

Wilson told LifeSiteNews that she and her husband joined the Catholic Church “when we joined the school, but we’re no longer attending.”

Overall, she said, “we’re just really proud of our daughter.”

Concerned Catholics might ask: Won’t accommodating students who suffer gender dysphoria teach other students that moving from one gender to another is okay or even push the student into gender reassignment?

Lauson says no. The policy states specifically that “gender transitioning,” which is defined in the document as “the process of changing the presentation of one’s gender to accord with the internal sense of one's gender identity,” is “contrary to Catholic teaching” and that “therefore the Catholic school cannot support any transitioning actions.”

Lauson easily answers questions about how to accommodate gender dysphoric students’ use of bathrooms and changing rooms, saying they will provide private facilities rather than sex-specific ones.

However, the issue of changing names and dress code is more “sensitive,” he says. While the policy does note that accommodations will be made in those areas, Lauson says they will be undertaken with a view to protecting students from the false impression that gender transitioning is permissible.

The Catholics schools will not accommodate gender transitioning, he says, but will accommodate “gender non-conforming behaviour” – a “form of gender expression that refers to behaviours outside of typical gender stereotypes or ‘norms’.”

Students who are not comfortable in the boys or girls uniforms would likely be given permission to wear the gender neutral physical education uniform instead. Asked what they would do if a boy wants to wear a skirt, Lauson says the schools do use kilts, the Scottish traditional man’s clothing, but those matters would have to be hashed out by a consultative team that would include a pastor and other school representatives.

While names might be altered from Patricia to Pat or Roberta to Rob, a name change from “Brian to Susan” would be more problematic, he says.

In the end such decisions will be made in consultation with Catholic school officials and parents, says Lauson, always with a view to the benefit, including spiritual benefit, of the student. Lauson wrote in his letter to Catholic school leaders that these cases will be handled “just as we support special needs children through an Individual Education Plan that is designed and developed for the child by the family, pastor and a group of professional adults who form the child’s Case Management Team.”

Should parents disagree, says Lauson, they are free to appeal and even to take the matter to court, but the CISVA will not compromise on remaining faithful to Catholic teaching on the matter.

The Wilson’s lawyer, barbara findlay, did not return calls by press time.