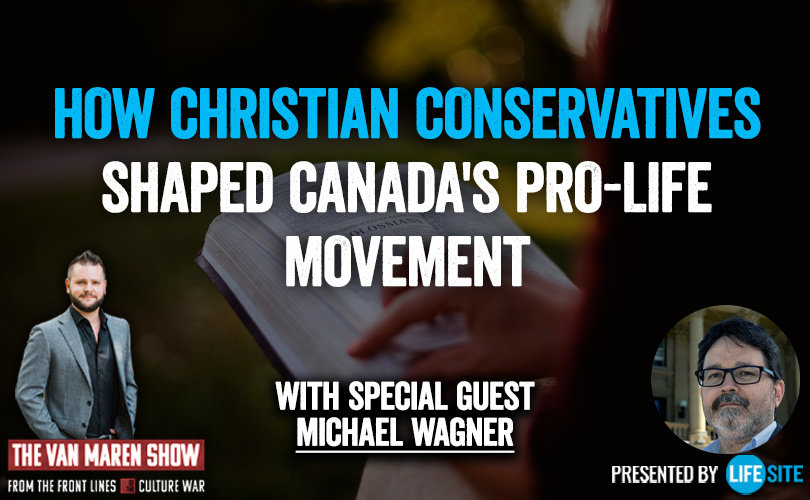 (LifeSiteNews) – The history of the Canadian pro-life movement is not very well known by many people, which is why Jonathon van Maren spoke with this author to break down how the movement began and talk about some key figures.

Michael Wagner has written multiple books on the history of the Canadian conservative movement and the influence of the religious right on key culture issues and politics. He discussed the connection of Christian social conservatives with the pro-life movement in this episode of The Van Maren Show.

Wagner pointed out that while the movement was developing in the 1970s, there was a division among pro-lifers between conservative Christians “who were very militant in trying to stop abortion” and Leftists who wanted more moderate policies and regulations.

Eventually, Wagner said that while those on the Left completely abandoned a pro-life position, the social conservatives remained and maintained a “strong testimony against abortion in Canada.”

Wagner also praised the work of early pro-lifers who advocated for peaceful civil disobedience. He stated that they made a “really strong witness and testimony for the truth, with the courage in using their bodies that way.”

Lastly, the author called out many politicians today who have not promoted the pro-life issue, including the Conservative Party, which “tries to suppress its own MPs from introducing those kind of laws.” He said that though the pro-life view has no representation in the leadership of political parties, it is up to individuals to make change hearts and minds on abortion.

You can find Michael Wagner’s books by clicking this link.